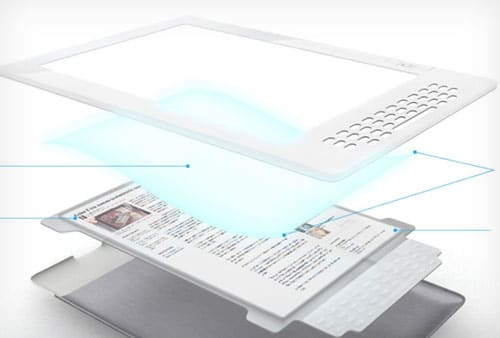 One of the biggest drawbacks that eink based e-readers have is that you cannot read them in low-light environments or in the dark. Many people decide to circumvent this and purchase an external light that attaches to the device. Flex has made a new technology that allows an LED light inside the reader that eliminates the need for a big encumbersome lightning system.

The Flex light can be turned on or off and promises the ability to not to drain the internal battery. The special light layer is designed to offer a more uniform distribution of light making it operate more like a traditional back-light. In order for this tech to really take off Flex needs to partner with manufacturers to embed the new screen on a hardware level.