You are here: Home / e-Reader News / Gardners Books to Launch Its Own Color e-Reader in the UK 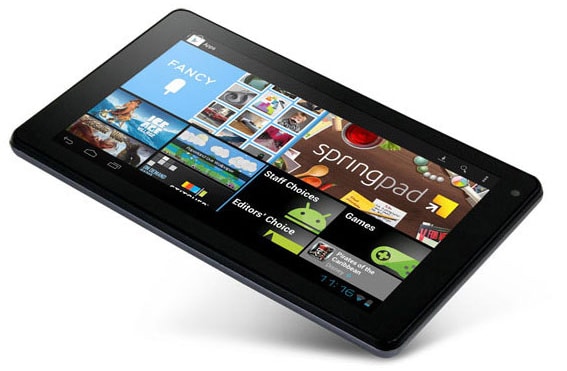 Gardners Books has just announced its own color e-reader called GoTab at a trade show in the United Kingdom. This new six inch Android Tablet comes with the Hive Reader, which allows customers to download thousands of ebooks directly from the Hive Website. It is going to launch this October and will only cost a respectable £59.

The GoTab GBT6 features a capacitive six inch color display with a resolution of 800 x 480. It is running on a single core 1GHz ARM CPU processor with 512 MB RAM. There is 4 GB of internal storage with the option to expand it up to 32 GB via the Micro SD. It also has a front facing VGA camera for video calls, a 3.5 headphone jack, and audio speaker. It will be running Google Android 4.0 and will be able to tap into the extensive Google Play Market for added content.

Bob Jackson, Commercial Director at Gardners Books, comments “We are delighted to be working closely with Ergo to include the forthcoming Hive reader app on the innovative range of GoTab’s and GoBook e-Readers. We see this as a huge opportunity for independent booksellers to compete with online multinational retailers and embrace ‘going digital’ by selling ebooks whilst retaining their loyal customer base. Gardners amazing new range of GoTab devices featuring Hive Reader is great news for both independent retailers and consumers alike!”

The e-reader scene in the United Kingdom is getting very competitive with Waterstones and many other companies doing brisk business with Kobo and Amazon. It is good to see a major bookstore getting behind its own device, branded as its own.