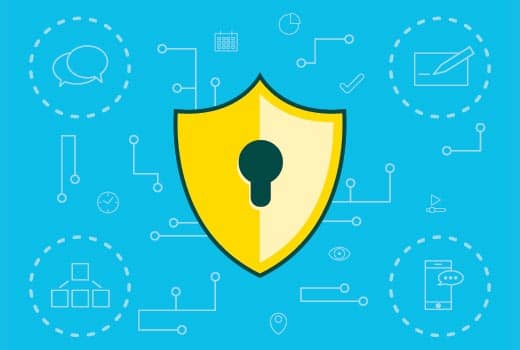 The world is slowly gravitating towards SSL because it provides better security. Good e-Reader has adopted SSL on our news website and the Android and Blackberry App Store. Everything should now be resolving to https by default.

We primarily implemented SSL for a number of reasons. One was security, so our readers can have peace of mind that all of our images and content are secured.  Internet browsers have recently adopted a shaming mechanism that lets you know if a website does not have SSL, we did not want to be the odd man out. Google has also been advocating websites embrace SSL for SEO benefits, but also to have a better placement on search results.

The Good e-Reader enterprise runs on a custom build dedicated server with some really beefy specs. This means that most of the day to day work via WHM or Cpanel is done by myself or a contracted IT specialist. I did the purchasing and install of the SSL certificates myself and associated them with the news website and the web version of the app store. This was a relatively easy process and not not pose much of a challenge.

The news website was really easy to implement the SSL certificate.  Around a year ago we got rid of a really old theme and used the Genesis framework which is responsive to your computer screen and used a WP-Touch plugin to optimize mobile/tablet devices.  All I did was merely changed the permalink structure and made a few .htaccess force rewrites. The App Store, well, this was a nightmare.

We wrote our app store downloading system from scratch and used a very old theme. We are locked into this theme from 2009 because we have invested a ton of time and money adding custom code and gradually increased the number of features. Over the years we added a number of custom caching systems, a review system, slide show support and various tools that increased speed and performance. I had to spend over 30 hours straight just manually removing old links and redirecting them manually to HTTPS. There was a ton of SQL work, bulk name changing old links to encrypted ones.

One of the big benefits of implementing SSL on the App Store website was a little tool that I found that let me know exactly what files, image assets and plugins were preventing the green padlock from appearing. Whenever I encountered a specific app or page that did not have the padlock, I ran the tool and it gave me a comprehensive error report. Not only did it let me know some of the files being called were not HTTPS, but also allowed me to fix a number of assets being called that did not even exist anymore, or were clearly broken. I also got rid of 6 different plugins that were buggy, or haven’t been updated for years and installed new ones that did a better job at specific tasks, such as an advertising engine.

The Good e-Reader App Store client for Android, Blackberry and E-Ink is a work in progress. It was not designed to call files and images over HTTPS and there are some bottlenecks occurring. Right now files are downloading, but there are some UI bugs in terms of total download size. Images over SSL are also not working properly, I suppose the easiest thing to do is simply call all files/images within the app over HTTP, until we can rewrite them for HTTPS.

I think SSL increasing performance on websites is a bit of of a myth. SSL on its own does not magically make everything faster.  Sometimes with older sites or ones with unresponsive legacy content need more work for SSL to work properly and during this process you find out that some JQUERY libraries are out of date or little errors that are occurring that you otherwise would never have noticed. Afterall, who regularly does website audits to ensure that that everything is up to date?

We are a humble e-reader and ebook news website that has been chronicling the industry since 2007. This was the first year Amazon released the original Kindle and regular readers have witnessed the rise of Amazon, Barnes and Noble, Kobo and a ton of other companies enter and then promptly exit the space. I have reviewed almost every single e-reader ever made, even fringe ones from China, Europe, South Korea, and Russia  Initially there was only a few hundreds readers a month that checked out our original content and today we have over a million who read our articles. I want to thank everyone for visiting us everyday or checking out our app store.