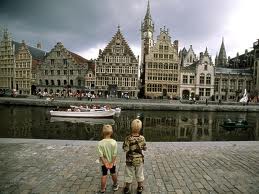 Google has ended its long-running argument with the Belgian press, which asserted that Google News’ should pay royalties to journalists whose work showed up on Google News’ cached content. According to an article in Thenextweb, in the settlement agreement, Google will promote the Belgian press through AdWords, which will increase revenue through AdSense and AdExchange. Google will also help the press get on Google +, and will the content to more mobile and tablet users. This is important because it continues to validate the existence of digital news summaries and because Google is involved in similar disputes in France and Germany.

According to the article, press sites receive 4 billion visits each month, which is about 100,000 per minute, and AdWords sends $7 billion to news sites each month. One of the points the article makes is that “Google sees itself as an enabler to digital press, and for those who are resisting the inevitable shift towards digital … Google can be a way to regain the lost revenue from dipping paper sales.”