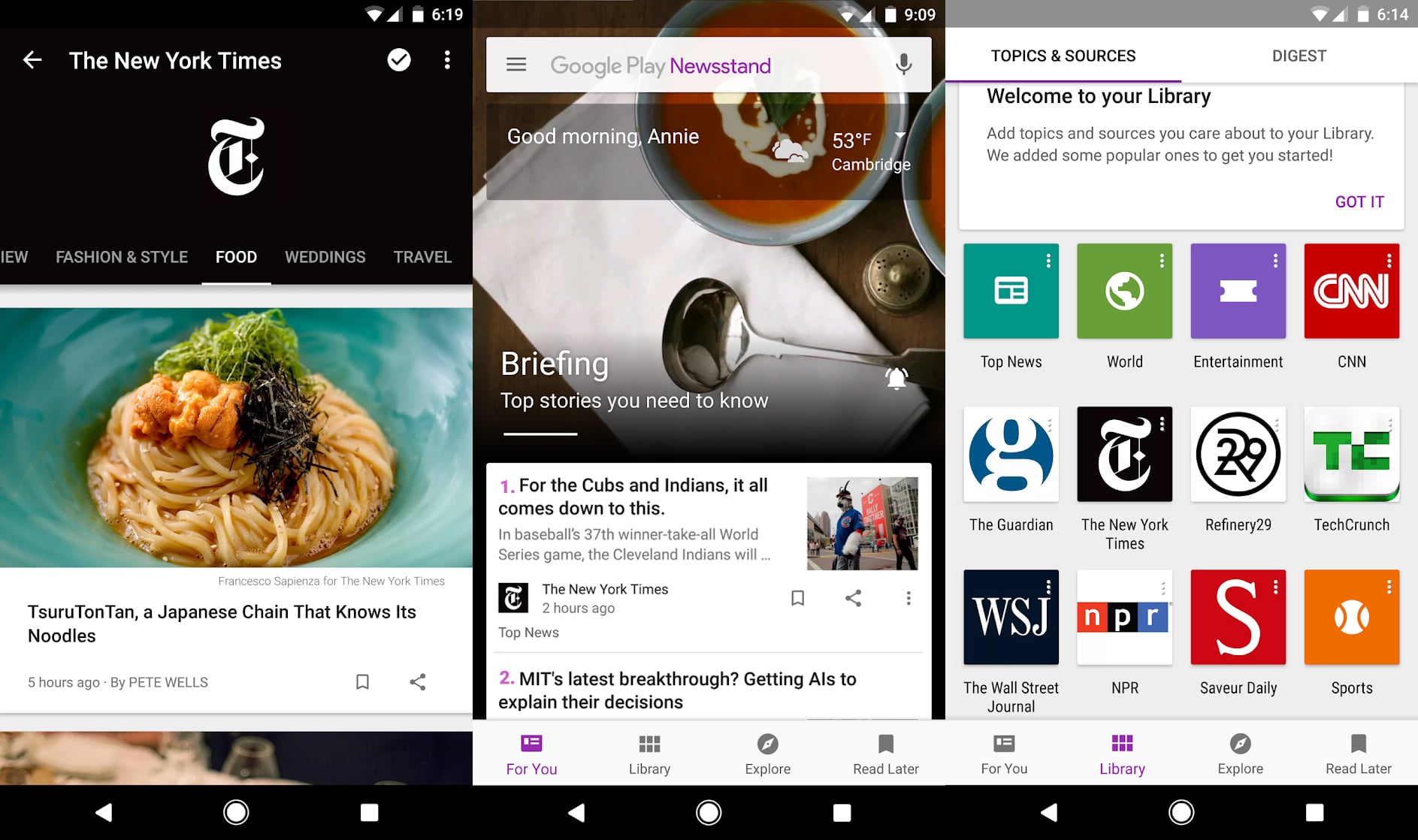 Google News for Android launched in 2014 and did not receive very many updates. It functioned barely functioned as an extension of the desktop version. This as all changed today, Google discontinued their News app and integrated it into Google Play Newsstand.

he new app starts at the ‘For You’ screen, which is similar to the Google app feed and Chrome New Tab page. It contains news articles picked out for you, with a briefing showing the top five stories. Local news has its own section on this page. There’s also a ‘Headlines’ tab, with important news from around the world. Finally, the ‘Newstand’ tab brings in content currently available through Google Play Newsstand.

One of the highlighted features is ‘Newscasts,’ which shows key elements from the story (including embedded videos and tweets) on the main page, in a format similar to Twitter Moments. The app also makes it easy to see past articles about a certain event or topic. If you want to get deep into a particular topic, Google News’ “Full Coverage” feature lets you see how a story is being reported from a variety of places and in multiple formats, like social commentary, local news sources, and top publishers. Google News will gather how stories are being talked about and published in real time and aggregate them in one place.

Google has also finally implemented Subscribe with Google, which lets you buy a subscription, using your Google account, on 1,000 news sites. Select the publisher offer you’d like to buy, click “Subscribe,” and you’re done. Whatever newspaper or magazine you subscribe to will automatically be able to be read with Google Play Newsstand, as well as your desktop.

The revised Google Newsstand app is available today for Android,  Good e-Reader App Store and iOS. It will be available in over 127 additional countries early next week.