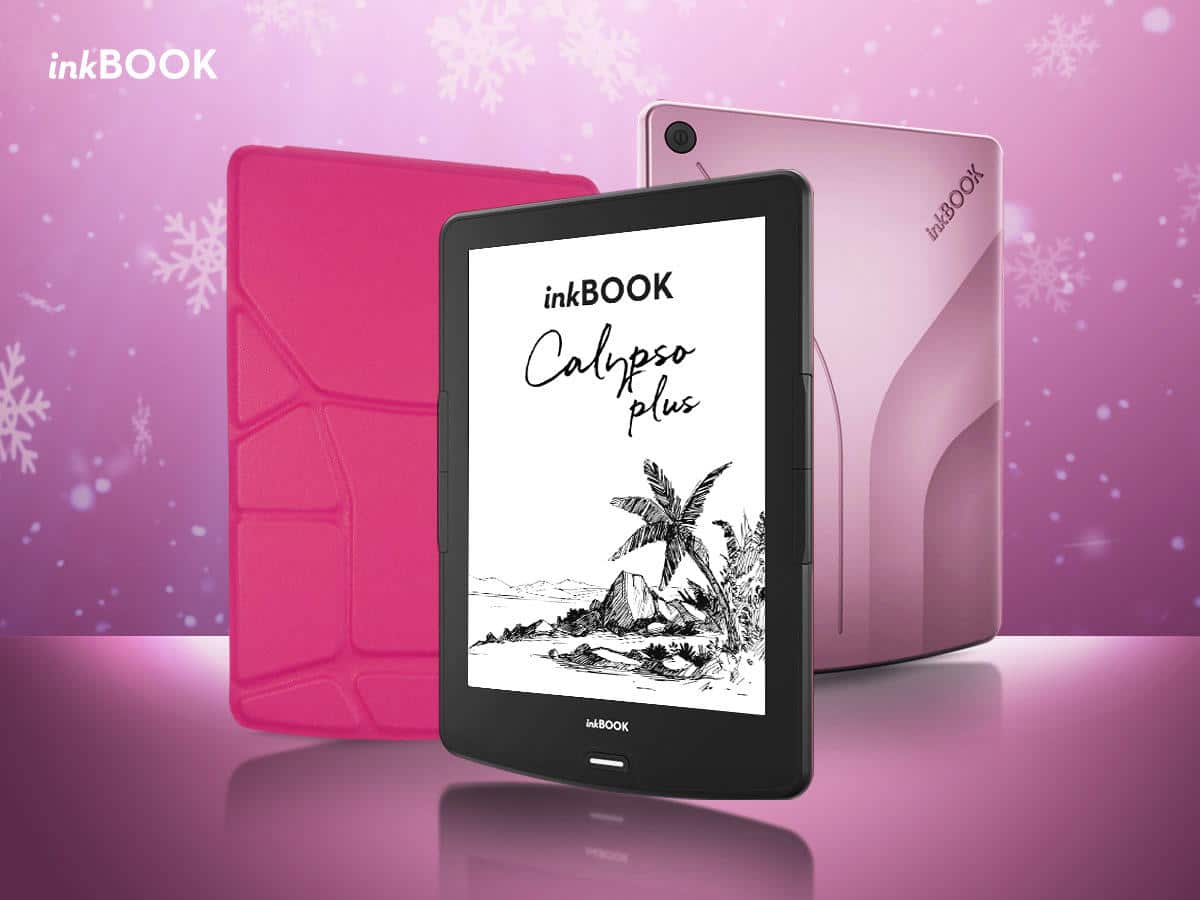 Inkbook is a European brand that has been developing e-readers for over five years. The company floats under the radar, because they don’t do any real marketing or run targeted advertisements. The vast majority of their products have been abysmal, but the new inkBOOK Calypso Plus is hoping to remedy this.

The inkBOOK Calypso Plus features an E INK Carta HD capacitive touchscreen display with a resolution of 1024 x 758 pixels and 212 dpi. It comes with a frontlit display and color temperature system. This device also has a dark mode function. If this is activated, the screen colors are reversed: The book is not displayed as usual in black text on a white background, but in white text on a black background. This function is mainly used to reduce the light emitted and not be a nuisance to your partner.

Underneath the hood is a Quad-core ARM Cortex-A35, 1GB of RAM and 16GB of internal storage, it does not have an SD card. It has WIFI, Bluetooth and is powered by a 1900 mAh battery. It supports EPUB, PDF (reflow) with Adobe DRM (ADEPT), MOBI and audiobooks with an update that was released a couple of weeks ago. You can plugin a pair of Bluetooth enabled headphones, earbuds or an external speaker.

The InkBOOK Calypso Plus has four individually programmable side buttons. By default, the buttons are set so that you can use them to turn book pages forwards or backwards. Alternatively, pages can be turned over by simply tapping the right or left edge of the touchscreen.

In terms of software, it is running Google Android 8.1 with a skinned version called InkOS. It has a small app store, primarily populated by European apps, like Skoobe. You can sideload in your own apps, which is a big advantage.

There is a wide array of color options that are available, such as rose gold, black, red, blue, gray and yellow. It retails for €125.00 from the main Inkbook website.  Should you buy it?  The lack of a 300 PPI screen might be a turnoff to serious readers, but for casual ones, this will do the trick. The Amazon Kindle Basic and Kobo Nia,  also don’t have a 300 PPI.  Some people prefer agnostic devices, that don’t lock you into a specific ecosystem and sideload in their own books, so this would do the job.