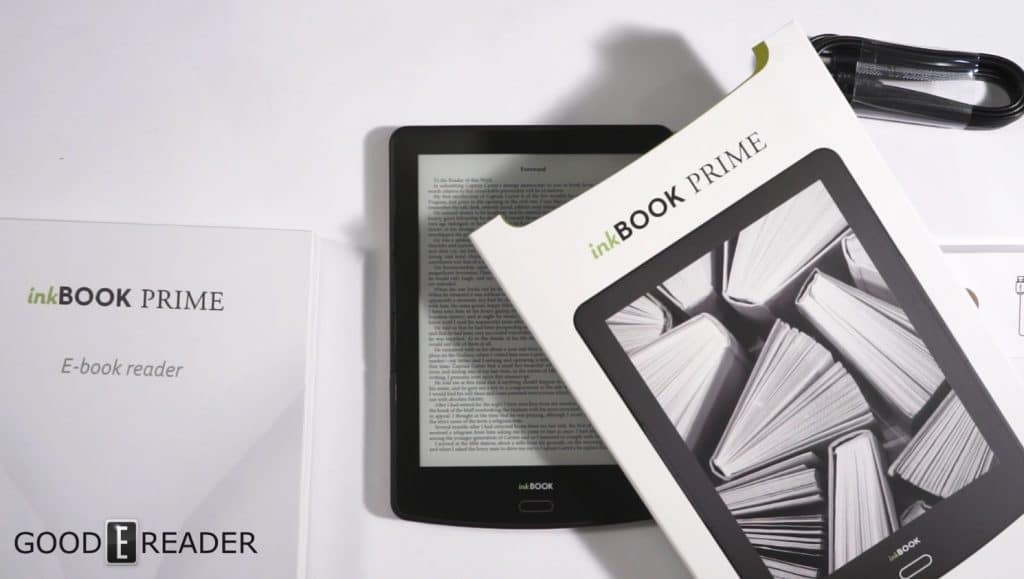 The InkBook Prime features a six inch e-Ink Carta touchscreen with a resolution of 1024 x 758 and 212 PPI. You can read in the dark via the front-lit display and it has 8 LED lights, which provides great illumination that is evenly distributed across the screen.

What I like about the Prime is that it has physical page turn buttons, so you have the option to hold it with one hand and turn the pages or simply using the touchscreen. This e-reader has WIFI, Bluetooth and Android 4.2.2. It retails for 139 € on the main InkBook website.