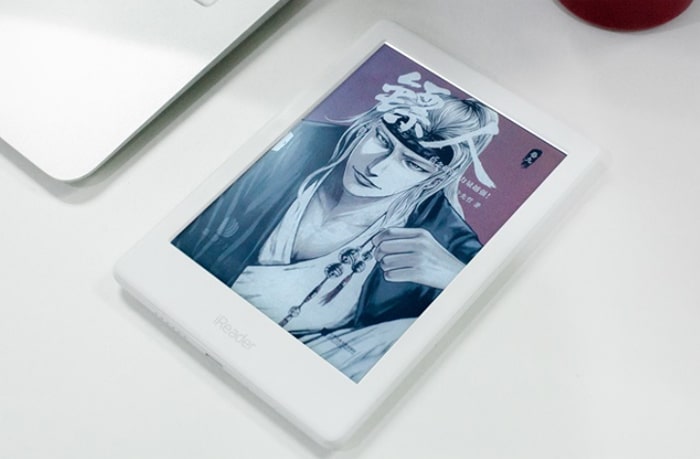 iReader is best known for their e-reader app for Android and the company has just announced they are working on a new color e-reader that is capable of displaying 4,096 colors and will be released on March 26th.

The iReader C6 will feature a six inch capacitive touchscreen display with 300 PPI and it is employing the new E INk Print-Color e Paper technology. It has a front-lit display system with 24 LED lights, so you will be able to read in the dark.

Underneath the hood is a quad-core high-speed processor, 1GB of RAM and 16GB of internal storage.  It has integrated speakers and weighs 150 grams, is 6.9 millimeters thick, is light and comfortable, and  can be held with one hand.

iReader disclosed that they have completed mass production on this device and it will be available on JD.com on March 26th.  The company has developed a few different e-readers in the past, but none of them have experienced critical success. This will be the first e-reader with the next generation of color e-paper and it is very likely it will sell a lot of units. It is running Google Android, but no word if the OS is heavily skinned or if English will work, but the JD product page is now available.