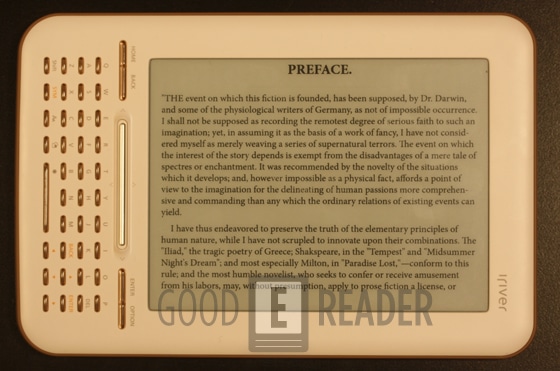 iRiver updated its Story HD e-reader today, which is available via a very small download on WIFI. iRiver does not seem to issue changelogs or development information on what the fixes contain. We emailed them to find out if there is an official devtracker, but it seems this is the way the company operates.

The iRiver Story HD recent firmware update to version 1.19 fixes some various behind the scenes bugs and does not contain anything noticeable.  Don’t  you hate it when companies release a flurry of updates and never tell you what’s in them? Considering this is the first e-reader tapping into the Google eBooks ecosystem, you would figure they would try and put their best step forward. Anyone notice anything of note in the update that we might have missed?