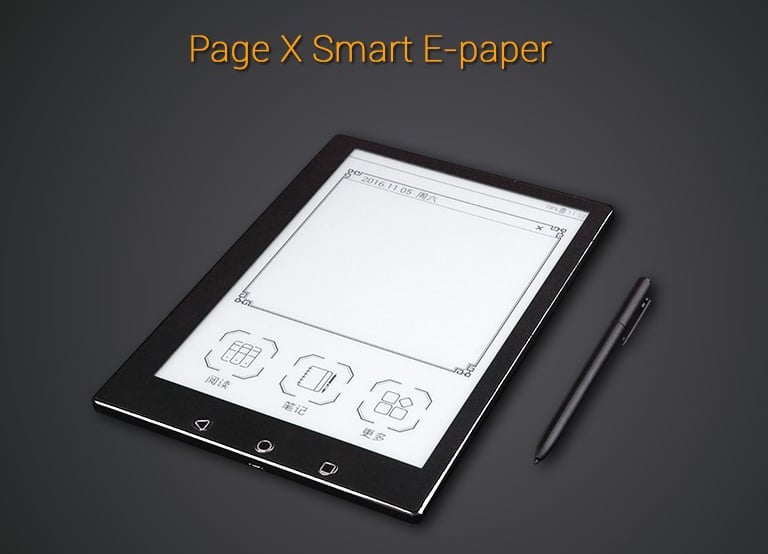 The Remarkable e-Reader was announced last month and garnered a tremendous amount of press from mainstream media. It looks like a company in China has beat them to the punch with a new e-reader that is very similar, but has a smaller screen.

The Jing Page X features a 9.7 inch E-Ink Carta display with a resolution of 1200 X 825. The screen features the same Electromagnetic touchscreen as the Remarkable Reader, which means you can take notes and annotations with ease.

Underneath the hood is a 1GHZ Freescale processor, 1GB of RAM and 16GB of internal storage. This device also has wireless internet access and Bluetooth. The accompanied pen has 1024 degrees of pressure sensitivity for pin point precision.

The Page X is running Android 4.4 and it has a customized UI which is optimized for an e-ink experience. The product page makes reference to an accompanied app store, but does not mention what it is.