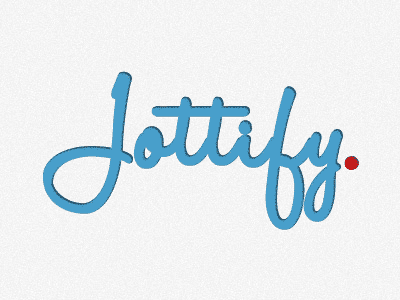 When indie authors digitally publish their works to any of the major ebook distributors, they have a few goals in mind, namely, promoting themselves as writers, furthering their careers, even making a modest profit from the craft they love. But what is lacking in the process is a feeling of belonging among the writers, all of whom are arguably fighting for the same reading consumer dollars.

“Jottify is a reimagination of a site that I previously built called eNovella. I set it up mainly because I was wishing something like it existed,” says founder Jack Lenox of the concept for Jottify. “The problem with self-publishing sites is that generally they don’t really promote a sense of community so you just have lots of people trying to sell their books and not many people looking to buy. We’re trying to create something quite unique where you can very easily interact with other writers and refine your work. We then have our Jottify store which I like to think of as a pre-publishing step. You can make money on your work while still improving and updating it. We then also have a major publisher in the form of Transworld Books who are keeping an eye on the site and looking to potentially take popular novels from the site and publish them ‘properly.’”

One of the broader aspects of Jottify is the sense that it was established for writers of any level, from people experimenting with their first short story and desiring feedback from seasoned writers, up to award-winning authors who enjoy the sense of belonging that comes from being a part of a like-minded group.

“To be honest, our target audience is very broad. We want to be a site for anyone interested in writing and interacting with other writers. Of course, our emphasis is mostly on aspiring writers as opposed to established, published writers who are much more easily able to get constructive feedback from their agents or publishers. However, we are going to be running a series of master classes and writer insight articles from published writers and we already have a few lined up that will be coming out over the next few weeks,” says Lenox.

At this time, Jottify works on a very similar model to other ebook distribution and retail platforms. Ebooks uploaded to Jottify are compatible with ePub, Mobipocket, or PDF devices in order to reach as many reader fans as possible. Authors are paid through their accounts on the Jottify site once they reach a pre-determined sales figure.

“When I set up eNovella we had everything from teen angst poetry to expat retiree memoirs. I think that writing is such a broad hobby and that so many people from almost anywhere on the planet might enjoy using Jottify.”