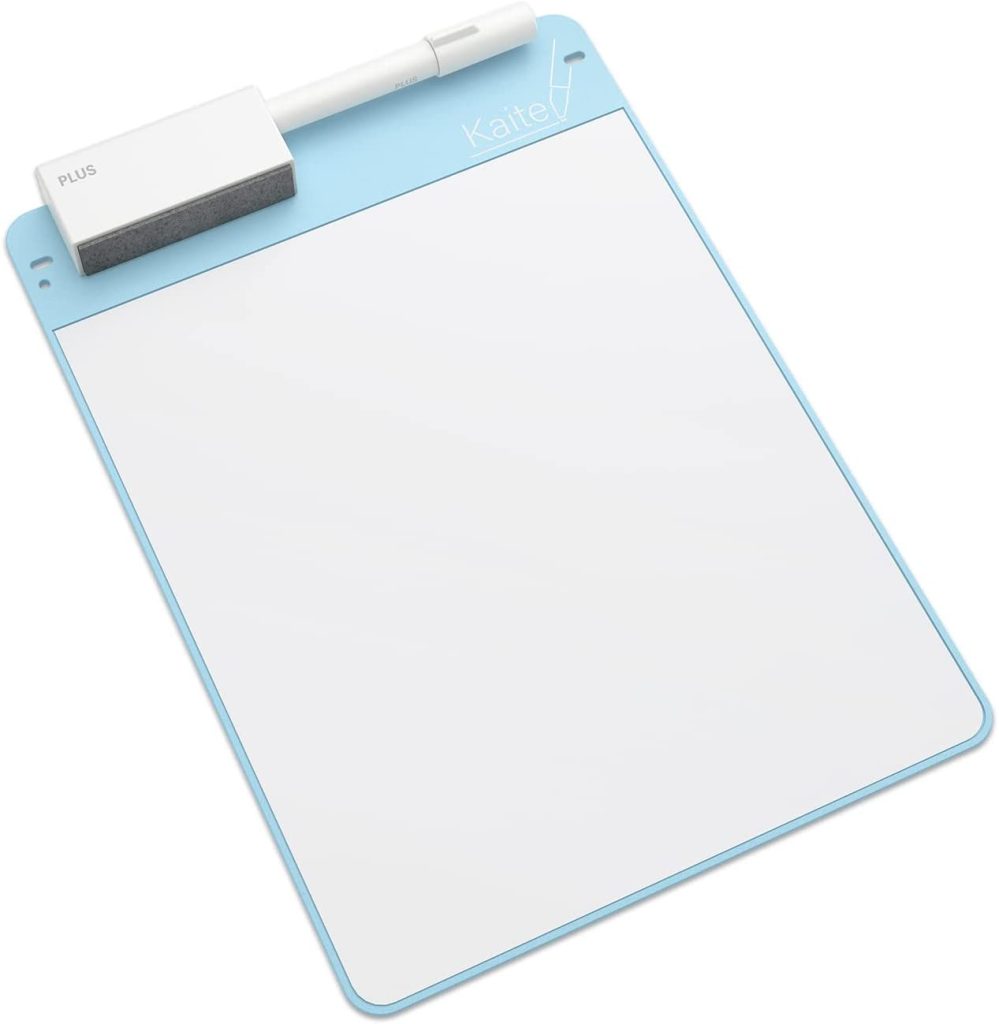 Kaite has been in the business of writing slates for a couple of years and the company behind the product, Plus, is based in Japan. Their 13.3 writing slate came out a couple of weeks ago and they have just released a 10.3 variant. The device comes with an eraser, stylus and a battery-free display that is similar to E INK e-paper. You can purchase it from the Good e-Reader Store for $109.99.

The latest generation 2S 10.3 has an A5 sized screen and the background isn’t grey, its pure white and the text is a very dark black. There is a ton of contrast between the foreground and background, that is not found on any competing brands. The text you draw, ranges from 100 to 300 PPI. You can draw freely, there is no erasing residue, and you can use it repeatedly without running out of ink or ghosting of any kind.

The screen is using new microcapsule technology that is called ‘clean paper technology.’ The screen is full of microcapsules that are filled with iron partials. When you draw on the screen with the pen, the black partials are raised to the surface. The nib of the pen is made of a magnet, this is how they are able to have such a vibrant and responsive drawing experience. The pen and eraser have also been redesigned from the 2020 model. There is an app that you can download for Android and iOS that will take a picture of your screen, no matter the viewing angle and convert it all to data. You can then make edits, crop or rotate it. It can be saved as a PDF or PNG and exported to cloud storge, email account or to local storage.