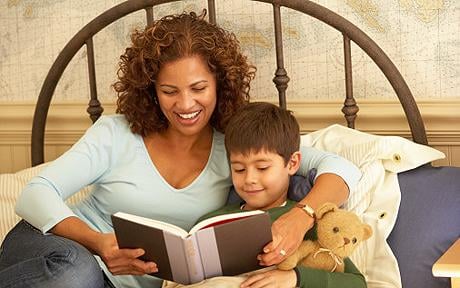 Reading to your children when they are going to sleep is a time honored tradition in many families. Grabbing a favorite book off of the shelf and turning dog-eared pages is as synonymous to warm milk when it comes to putting you to sleep. In the first quarter of 2012, parents and kids alike are turning to ebooks with revenue jumping up 233% in the first quarter of 2012. According to the Association of American Publishers, the Under 18 category of ebooks earned over 64 million dollars. “It’s the fastest growing category in trade,” according to a AAP representative.

Meanwhile, according to a recent survey conducted in the U.K. carried out by The Reading Agency, almost half of parents  say they read books to their kids on e-readers or tablets, or let them do the reading themselves. Around a quarter of those parents went even further, and said they’d bought a child an e-reader for their very own.