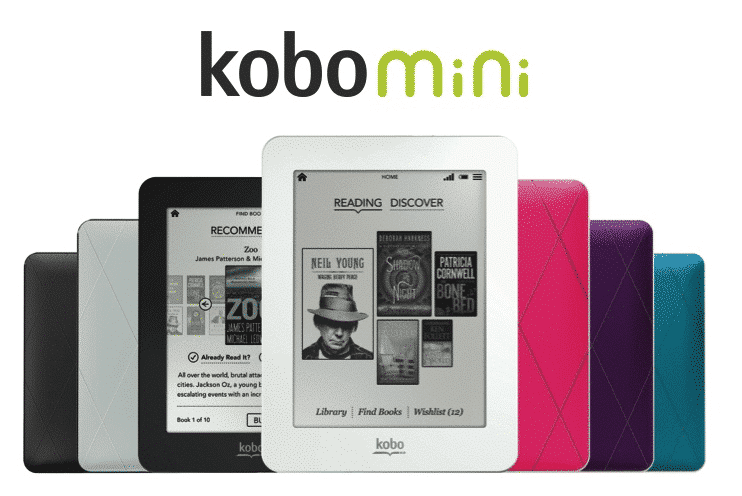 This month Kobo had simultaneously launched two new e-readers into the Canadian market after months of development. The Kobo Glo is a 7 inch device that has the same type of glowing technology found in the Nook Simple Touch and Kindle Paperwhite. Meanwhile, the Kobo Mini is a very pocket friendly five inch device with a paltry retail price of $79.99.  Both devices were slated to launch earlier this week, but only the Kobo Glo saw widespread retail visibility. Today the Kobo Mini is available Canada wide at Best Buy, Future Shop, and Chapters. In the next few weeks the new Kobo Mini and Glo will also be available at Staples, The Source, Walmart, and Toys “R” Us.

“We’re excited to be offering the Kobo Mini and Kobo Glo eReaders to Canadian customers at national retail locations, where they’ll be able to try out the products first-hand, as well as learn more about e-reading and its benefits,” said Michael Serbinis, CEO, Kobo. “We pride ourselves on our best-in-class e-reading platform, and we’re thrilled to be adding these two new devices to the ever-expanding Kobo Family.”

One of the drawbacks of the Canadian launch was at the expense of the USA market. Many retailers, such as Best Buy, don’t have the Mini on their main website, but do offer the Glo model. We have heard from many customers that a bunch of stores were not even stocking the new devices. Across the pond in the United Kingdom, the new Kobo Glo enjoys high visibility in most WH Smith locations but you have to dig for it. In some cases the new stock is hidden underneath the previous generation Kobo Touch. If you want to get your hands on these devices ASAP, you can order them from Shop e-Readers.

The Kobo Mini is currently in our studio and we will be doing full and comprehensive reviews later on today. In the meantime, check out our extensive review of the Kobo Glo.