You are here: Home / e-Reader News / Kobo to Debut 3 Different Versions of the ARC Tablet This November 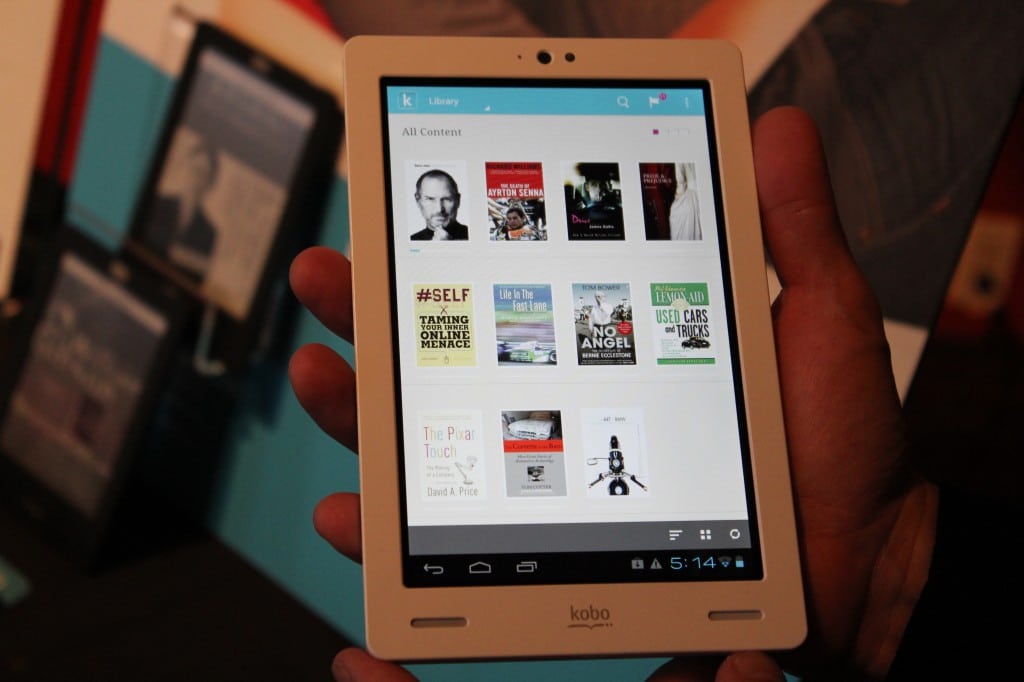 Kobo has reported today that its upcoming ARC tablet will be available in three different versions. They will be releasing different models depending on how much memory you require; 16, 32, and 64 GB.

“We designed the Kobo Arc to let people focus on the music, ebooks, movies, website, and applications they love rather than on the hardware they hold in their hand – though that is amazingly designed as well,” said Wayne White, General Manager of Devices, Kobo. “We’ve accomplished this by offering consumers more – more storage, more customization, more choice – all in the powerful, attractive and vivid Android 4.0 Kobo Arc.”

The Kobo Arc features a seven inch HD display with a resolution of 1280×800 pixels and 215 PPI. The screen features IPS screen technology, which is an industry-leading display optimized for 178 degree viewing angles and ultra durable glass, resistant to damage, scratches, bumps, and drops. Underneath the hood is a Texas Instruments OMAP 4470  1.5 GHZ dual core processor and 1 GB of RAM. It also has a 720 P front facing video camera and front facing stereo speakers. This new model completely blows away the Kobo Vox, which was the company’s first tablet.

It is due out this November, but there is no official word on pricing for the new versions or a street date. Kobo has made a video showing off its entire line of new products from a launch event in Toronto, and if you notice a dapper blond guy throughout the entire video, that’s ME!