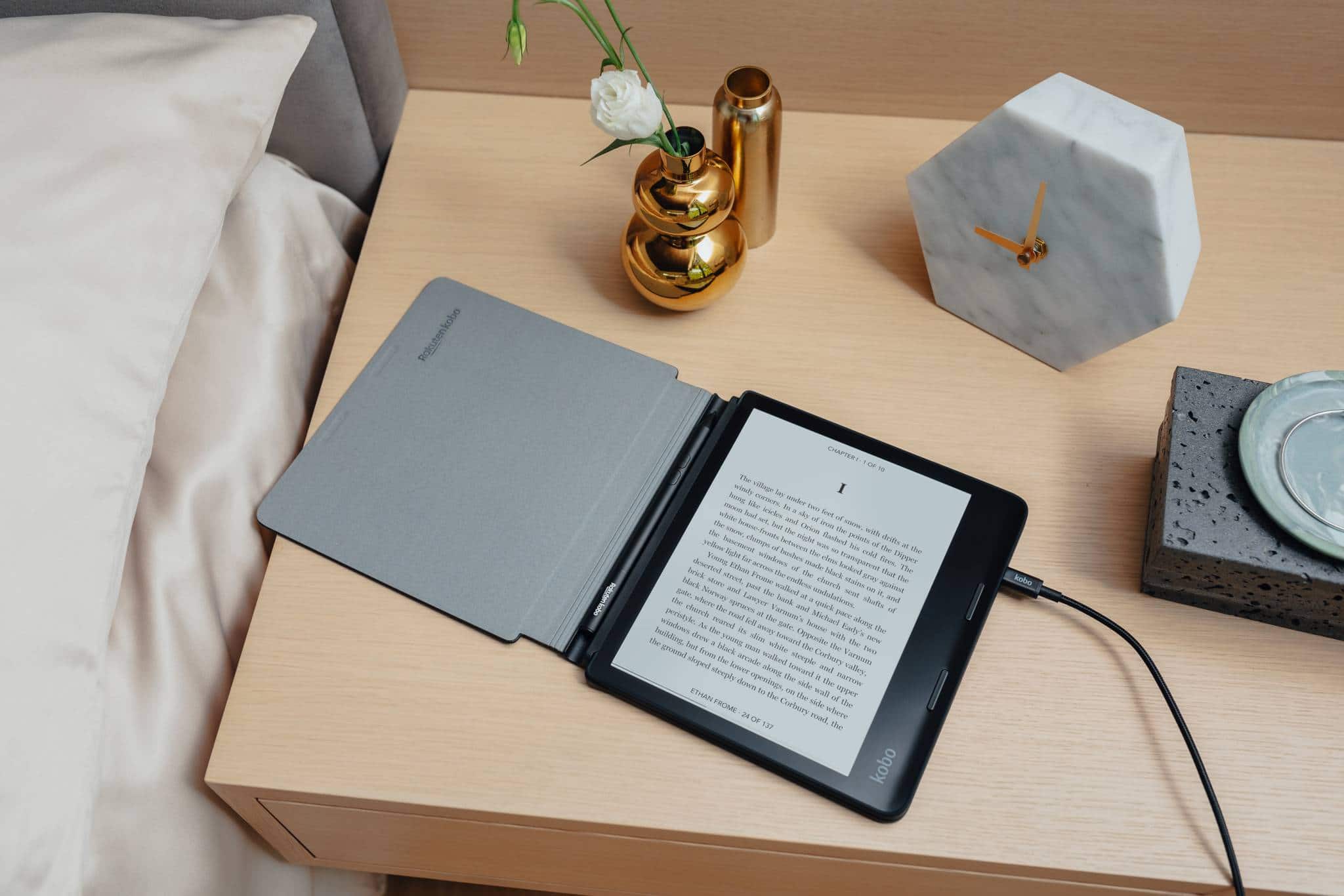 Kobo has developed a new type of case for the Sage e-reader. The Power Case has its own battery, which will automatically charge the the internal battery of the Sage when the power gets low. Just slip your Kobo Sage into its cover with easy magnetic attachment. This product keeps the screen safe during transport. It also acts as a sleep cover, which automatically sleeps and wakes the device when you open the cover. If you’re pairing your Kobo Sage with Kobo Stylus, the PowerCover has a designated slot that locks it into place, which prevents it from falling out and losing it. It retails for $99.99 CAD or $79.99 USD. If you live outside of the few launch countries, Good e-Reader will also have these in stock when they launch at the end of the month.

If you don’t feel like buying the new PowerCover, Kobo has a traditional Sleep Cover you can buy. It comes in light green and black and features a 2-way stand keeps your e-reader upright for hands-free reading in landscape and portrait mode. Kobo Sage wakes automatically when you open the cover and sleeps when you close it, keeping it safe. It will retail for $49.99 USD or $59.99 CAD.