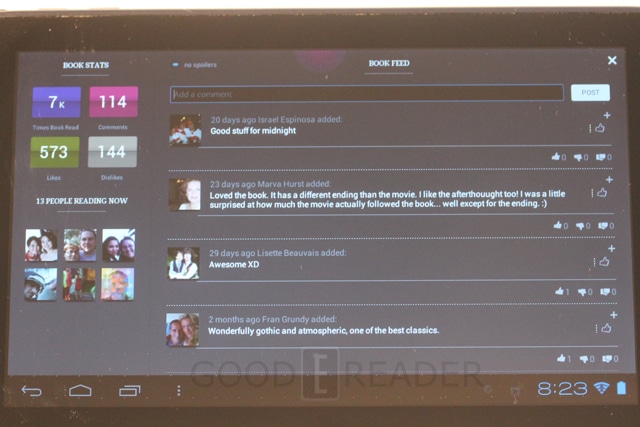 Kobo for Android is one of the most successful e-reading applications in the world. It taps into a vibrant ecosystem of almost 2.4 million free and paid ebooks and gives you rewards just for reading. Today the company released a new version of their app that boosts the number of supported languages significantly. Customers in France, Spain, Italy, the Netherlands, and Germany can now customize their entire Kobo experience in the language of their choice.

Facebook and Kobo have a great relationship and the two companies signed an agreement at last years D8 conference. This results in many more features creeping into this build such as Facebook Timeline integration. This gives you the ability to share what you’re reading with friends and family.  Kobo Pulse also received some new Facebook powers and you can now create conversations with other readers within your favorite books. Finally, you can utilize 2-page landscape view for tablets and rest those fingers with the ability to view two pages just like a real book.

You can download the latest update from Kobo via our Good e-Reader Android App Store!