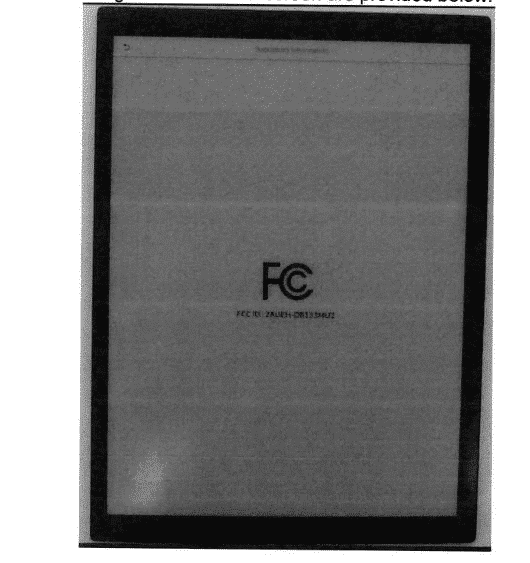 Linfiny is a joint partnership between E INK and Sony. The company was launched in 2017 and was designed to speed up e-reader and digital note taking devices under one roof. They have never filed an FCC application for any of their products, until now. A new FCC application was received April 10th and although details are light, it appears to be a 13.3 inch E-Note.

The Linfiny E-Note seems like it is 13.3 inches and has no physical buttons on the body. The brand name is called Avalue, which seems to be a company based on Taiwan. They only sell one E INK product right now and it is a color bedside chart for the medical industry. The battery for this device is Sony branded.

Avalue does not seem like the type of company that getting involved in the digital note taking sector. None of their products that they carry in the store are consumer based. It could possibility be a new product for the medical industry, such as doctors making notes on patients digital chart. The interesting thing about this though, is the secrecy. The user manual, block diagrams, operational description, photos and everything else of note is embargoed until July.

This fcc application does not really add up, for something in the medical industry. I think it is more likely that this is a new 13.3 inch Sony Digital Paper.