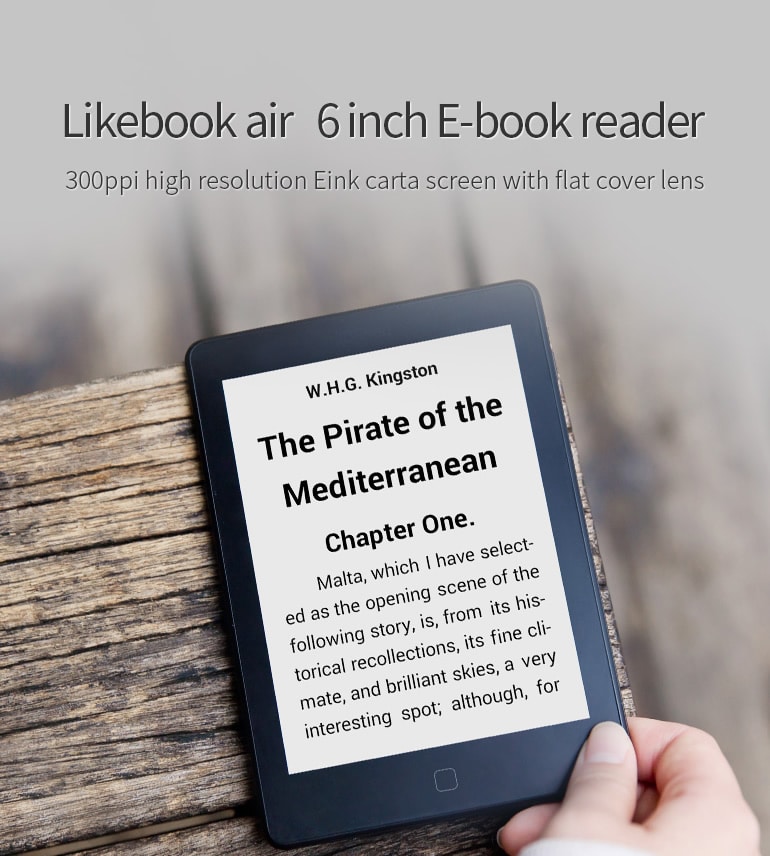 Boyue released an e-reader earlier in the year called the JDREAD Venus, which was primarily marketed in China and featured an online bookstore to purchase content. In order to reach customers in Europe and North America, Boyue redesigned the firmware and rebranded the device. They are now calling it the Likebook Air and is it now available.

The Likebook Air features an E-Ink Carta screen is completely flush with the bezel and the resolution is 1440 x 1080 with 300 PPI. It has a IMX.6 1 GHZ single core processor, 512MB of RAM and 8GB of internal storage, it has a SD card so you can enhance the storage further. It has a 2000mAh battery, which should give you about a month of constant use. It has Android 4.4.2, but you cannot install apps on this device. If you want to sideload in your own content it does support EPUB, MOBI, TXT and PDF files. You can also read in the dark with the front-lit display, the illumination is evenly distributed across the screen and is comparable to the Kindle Paperwhite.

The Likebook Air is available from Aliexpress for $159 and you can get the 7.8 Likebook Plus for $199.