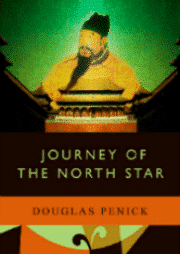 Caleb Mason has started a new ebook-only publisher, Publerati, and it opened its doors in June. The new company will be concentrating on literary fiction. I have known Caleb for years—but in a different incarnation. At one time I was the chief US equipment reviewer for GPSPassion, the largest GPS site on the web. I often went to trade shows and would regularly encounter Caleb demonstrating products from his employer, DeLorme, a major mapping company. Then one day I found he had started Publerati, and now I follow his work from an ebook perspective. Small world! Caleb had previous experience at Little Brown and Salem House Publishers, but left the industry after the latter was folded into HarperCollins.

Caleb has now secured major author Ellen Cooney, according to an article in Book Business. The article quotes Caleb as saying, “I’m really excited that Ellen Cooney  wants to come with us. She’s the first author I’ve signed who’s been published by a big publisher. The book she submitted is so wonderful, I can’t understand why anyone would pass it up!” Cooney, who has been represented by Sterling Lord Literistic and published by Random House and others, has signed on with Publerati for her next novel titled Thanksgiving.

Publerati will be taking only 10% of an author’s proceeds and is pricing the books low, mainly at $2.99. Caleb says that even with a $5 book, an author can make the same as with a standard print contract. The company will then go on to sell other rights to publishers, say for the print edition. I’ve already bought on of Publerati’s books, Journey of the North Star, and I have two more books ahead of it before I read it. It’s a novel about the Chinese court of the Yong Le Emporer Zhu Di, who reigned from 1403-1424 and made China a world power. You can find the Publerati catalog here.