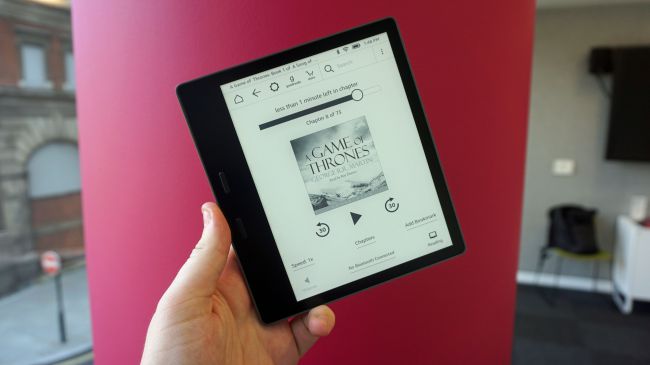 The new Amazon Kindle Oasis is shipping out on October 31st and people who pre-ordered them two weeks ago will be the first customers receiving them.  It looks like this device is proving to be popular because new orders are not going to be fulfilled until the middle or end of November.

The Kindle Oasis 2 features a 7 inch capacitive touchscreen display with resolution of 1680 x 1264 and 300 PPI. It includes includes 12 LEDs for uniform lighting across the screen and allows you to read in the dark. The Kindle Voyage was the first Kindle with an ambient light sensors that adjusts the brightness as you move from room to room, or from outdoors to indoors and the all new Oasis has the same functionality.  You can purchase and play audiobooks, which is a big deal. This is the first waterproof Kindle ever released and it carries a IPX8 rating, but was primarily designed for freshwater, if you get soap or other things on it, please read this.