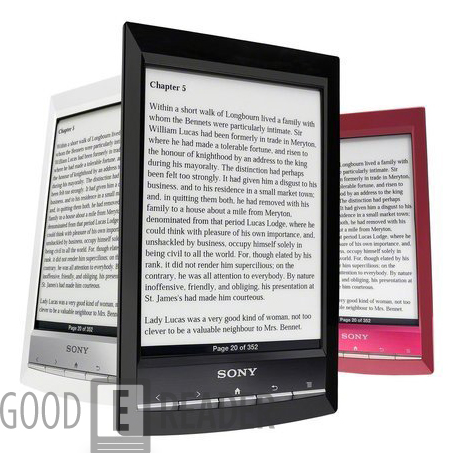 Sony has finally taken the wraps off of the new Sony PRS T1 e-Reader! It seems much akin to the Sony PRS-650, with the addition of WIFI and a multi-touch screen.

The new Sony PRS-T1 features a six inch Pearl e-ink display with a resolution of 800×600 pixels. It has 16 shades of grey, so it should provide tremendous resolution with books and pictures. You should be able to store all of this content via the 2 GB of internal memory. If this is not enough you can certain expand it up to 32 GB with the Micro SD card.

This is truly an international based e-reader with support for up to 16 different languages. If English is not your primary language you can easily do Japanese, French, German, Spanish, and much more. It also has built in dictionary support so you can look up words while you are reading books.

Speaking of books, this new unit will mainly just read PDF and EPUB. You will also have access to Wikipedia and Google search.

We have been tracking this new e-reader ever since we heard murmurings of its development earlier in April. There has been a bit of a saga with the old “he said, she said” argument with Sony executives dropping the ball and then different departments countering the statement. It seems as though the wrappings have come off and we should see this new device within a month.