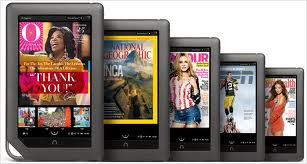 The Barnes and Noble Nook Color has just been discounted to $199 at Walmart in preparation for the Nook Color 2. The discount will take effect this Saturday and last until the stock is depleted. A new version of the Nook Color e-reader will be debuted on Monday at a press event in New York City.

Out with the old and in with the new! Walmart has just put the first generation Nook Color on par, price wise,with the upcoming Amazon Kindle Fire! Not only will this price adjustment be at Walmart but will take effect next week at all locations selling the Nook Color. Target, Best Buy, B&N Bookstores and many more locations will be offering the discounted older model. The new version is said to be the same cost, price wise as the older model.