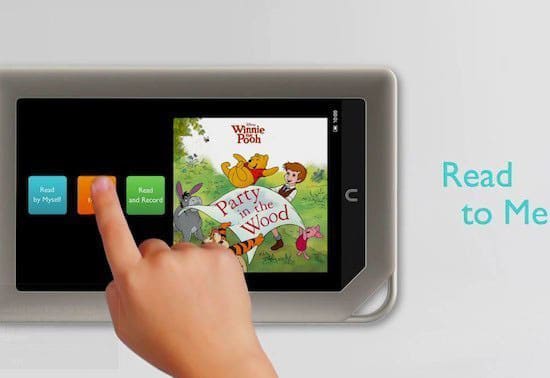 The Nook Tablet was just announced today and is merely a step up hardware wise from the previous iteration, the Nook Color. It has a slew of multimedia features from Netflix, to Hulu Plus bundled right on the unit. There is no disputing the fact that the Nook tablet range of e-readers are family friendly. Nook Kids and the various interactive content has been trucking along for a few years now and the Amazon Kindle Fire has their work cut out for themselves starting from scratch.

One of the more innovative features is the new Read and Record feature which is an expansion on the the Read and Play. The new feature allows you to record your own voice reading the page or the entire book. This is a feature that allows a parent, grandparent or traveling family member to record themselves narrating the book and then the child can read along with the narrator. Not only can family members can record but the child themselves can record themselves reading the book and then play it back.