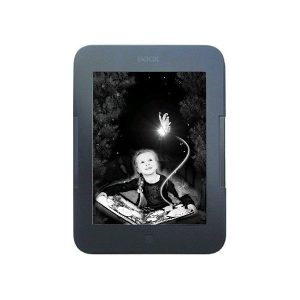 Onyx Boox is emulating a growing number of e-Reader companies to adopt a new frontlight. The i62HD Firefly allows superior resolution via its touchscreen e-ink Pearl display. This device is poised to offer competition on the European front alongside Bookeen.

The i62HD Firefly features a six inch e-ink Pearl display with a resolution of 1024×758 Pixels. Like most current generation e-Readers it has IR touch for high procession while interacting with the touchscreen. Underneath the hood to boost performance is a EPSON’s controller chip, for a brighter screen and higher contrast.

The big selling factor is the frontlight technology that you see in the Kobo Glo, Cybook Odyssey HD, Nook Simple Touch with Glow and the Kindle Paperwhite. It seems more companies who are firmly entrenched in the hardware game are revising their product lines to incorporate the ability to read in the dark. If you look at the overall growing sales patterns with two million Paperwhites, 4 million Nook Glows and thousands of Kobo Glo sales, this new tech is creating a resurgence for dedicated e-Readers.