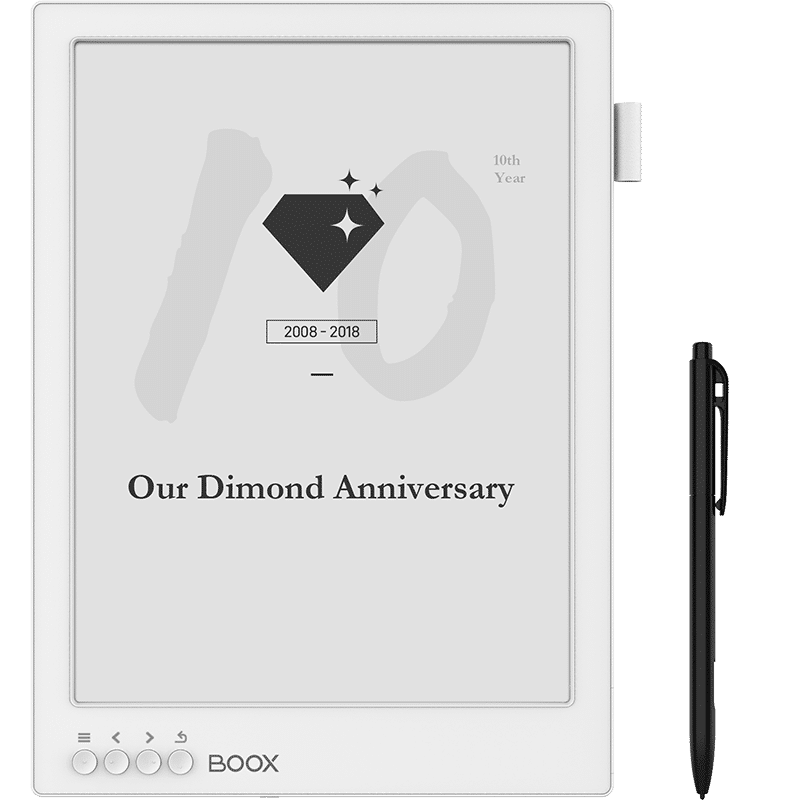 Onyx Boox is going to be releasing the MAX 2 PRO e-reader on November 20th 2018. This device is going only going to read ebooks, but also function as a secondary monitor for your computer and a sheet music reader.

The Onyx Boox MAX 2 PRO features a 13.3 inch E Ink Carta and Mobius screen. This is the same technology that Kobo employed in the Forma. Mobius makes the device lighter and function better during drop tests. The resolution is 2220×1650 and has a PPI of 207. It has a WACOM screen that is capacitive, so you will be able to take notes and draw with the accompanied stylus or interact with the screen via five point multitouch. 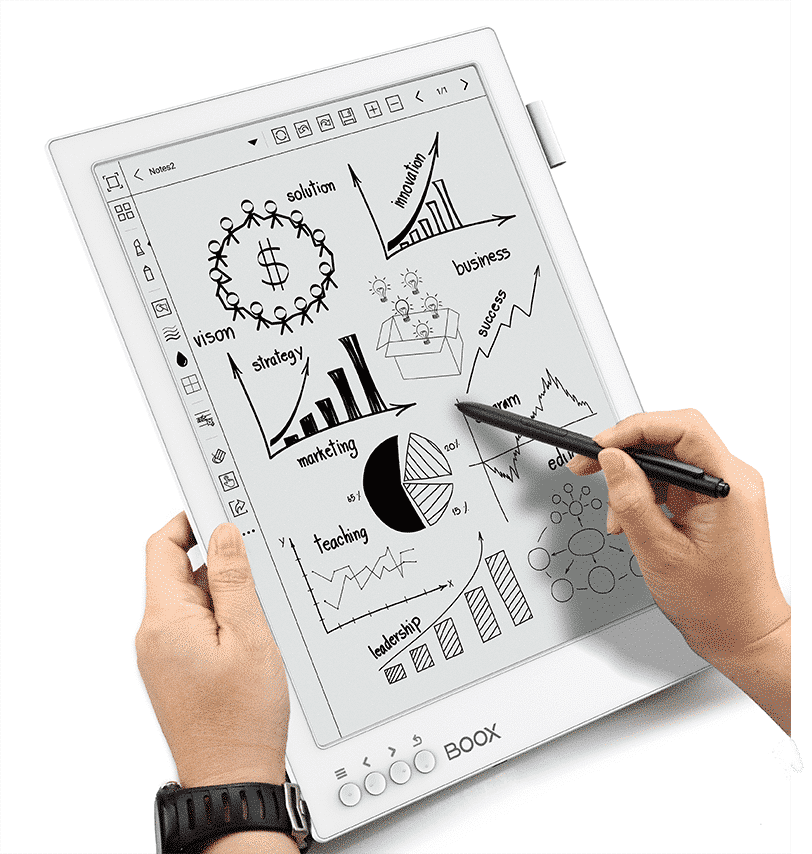 Underneath the hood is a 1.6 GHZ Quad core CPU and 4GB of RAM. There is 64GB of internal storage and it is currently unknown if it has an SD card. It has WIFI and Bluetooth 4.1 so you can plugin external devices such as speakers or headphones. Musicians can also hook up their own accessories such as a foot pedal.  There is also a MicroUSB 2.0 port for powering the device or transferring data from your computer. It also has a Mini HDMI so you can use it as a secondary monitor for your computer or laptop. Onyx is going to sell an optional display stand so you can have it on your desk.

The dimensions are 325x237x7.5mm and it is powered by a giant 4100 mAh battery. It also is running the same Onyx launcher as most of the other devices in their portfolio such as the Onyx Note and it will be running Android 6.0 and will have full Google Play support. 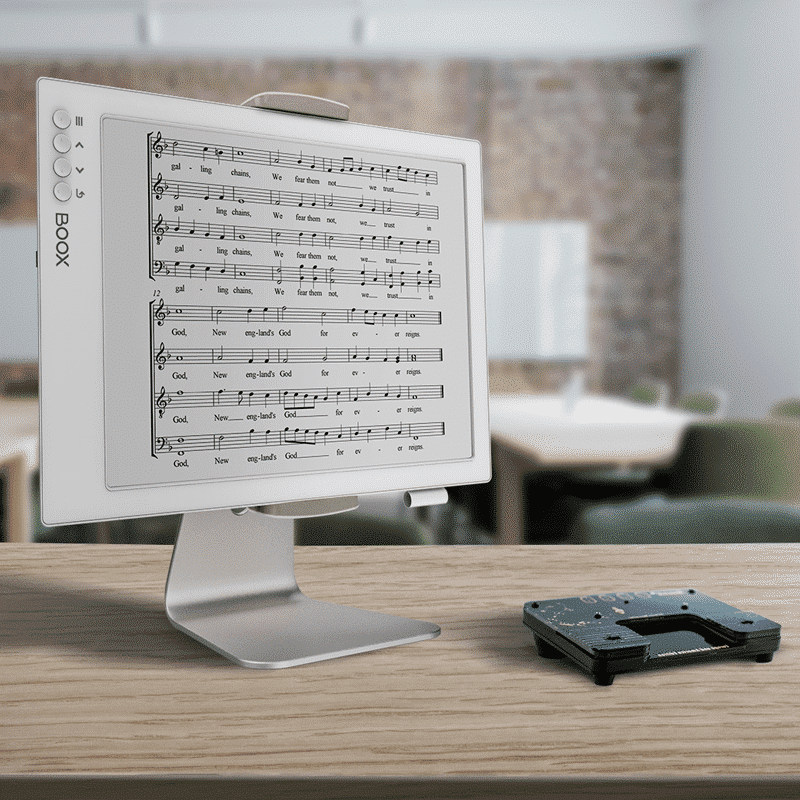 This is one of the few devices on the market that are truly multifunctional. It is an e-reader, sheet music reader, professional note taker and a secondary monitor. It is going to retail for $849 USD and it will be available on November 20th 2018.  It will soon be available as a pre-order on the Good e-Reader Store.