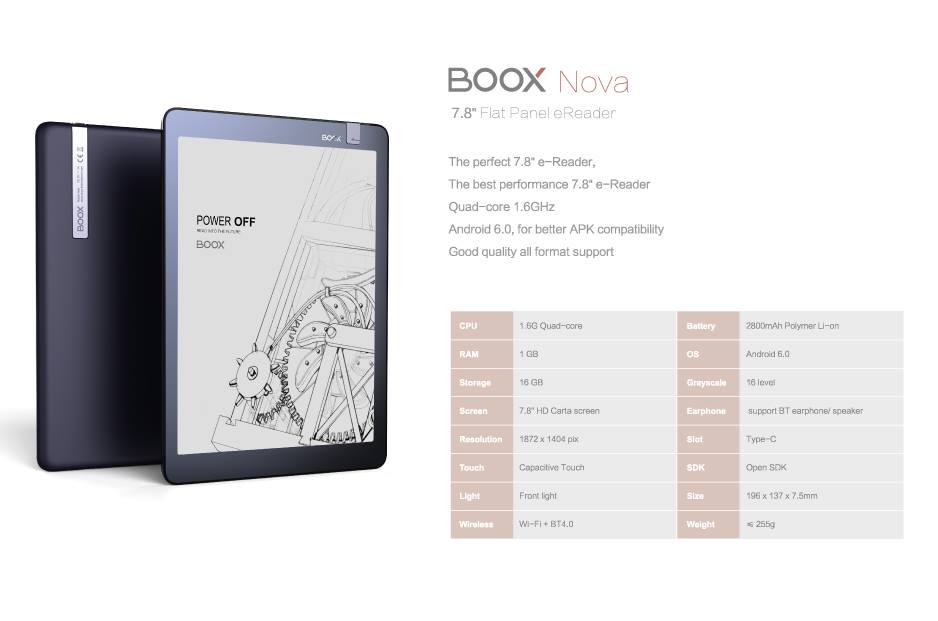 Onyx has just announced a new 7.8 inch e-reader that they are going to debut at the Hong Kong Electronics Fair. This model has a E-Ink Carta HD screen with a resolution of 1872×1404 and 300PPI. Underneath the hood is a 1.6GHZ quad core processor, which is the same one that the Onyx Boox Note employs. There is 32GB of storage, 1GB of RAM, USB-C, 2800 mAh battery and Android 6.0. You will be able to read in the dark via the frontlit display.

This device does not have a 3.5mm headphone jack or a speaker, instead you will have to connect up a pair of headphones via Bluetooth 4.0. It will also have Google Play, so you will be able to install your favorite apps. It is very likely Onyx will be running all of their optimized apps, such as Kindle that eliminates animated page turns.

There is no word yet on when it will be released and how much it will cost.