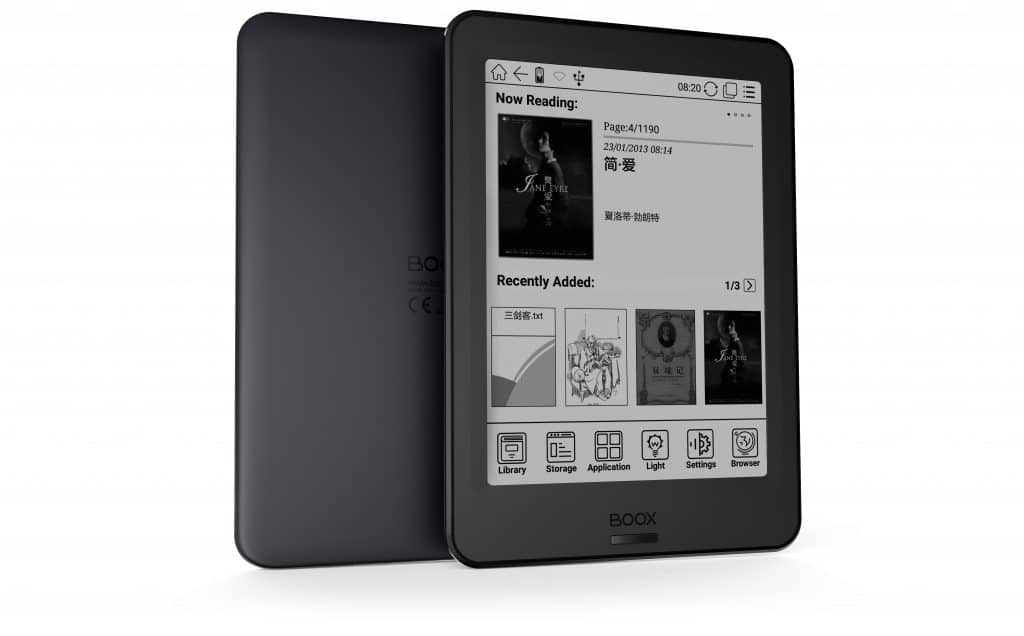 The Onyx Boox Poke PRO is a better investment than the normal version, this is primarily due to the beefer specs. This e-reader is designed really well and is a solid investment for those of you that don’t want to be locked into the Amazon, B&N or Kobo ecosystems.

The Poke PRO features 6 inch E-Ink Carta HD display with a resolution of 1072×1448 with 300 PPI. The screen is not flush with the bezel and has a small dip.  This device has a front-lit display and color temperature system, to give a candlelight effect.

Underneath the hood is a  quad-core 1.6GHz processor with 16GB of storage space and 2GB of RAM. The other big difference with the Pro model is that it is using Android 6.0, while the regular Poke has Android 4.4. It is powered by a 2500 mAh battery and also has USB-C and WIFI. This device has Bluetooth, which makes it compatible with audiobooks and music via wireless headphones or a stereo speaker.

There are no manual page turn buttons or an SD card to enhance the internal storage. This is a basic six inch e-reader that has really good specs, but the market is flooded with these type of devices. There is a home button that allows you to jump back a home screen. The software experience has back buttons and a bunch of other settings, such as A2 mode to quickly scroll in the web-browser.

Android is the big draw on the Poke PRO and Android 6.0 is going to last a number of  years, before Google discontinues it. Recently Google announced that they are no longer going to be updating the Google Play Services for Ice Cream Sandwich, which ranges from Android 4.0 to 4.04. Many e-readers use this outdated OS, but Onyx tends to use more modern versions.

This device has the Google Play Store and also the Onyx App Store. The Onyx store is primarily geared towards Chinese users, ditto with the Onyx ebook store. You will likely find yourself using Google Play, since it has a wellspring of apps. I recommend Google Lite apps for this model.

The e-reading experience is standard fare for Onyx e-readers. The default app has hundreds of fonts, which is a bit of a challenge to find one you really want to use. The PDF experience is actually pretty solid, but the six inch screen makes them unreadable, unless you are constantly pinching and zooming. 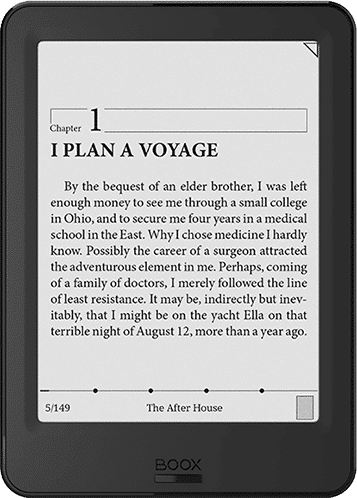 I think the Poke PRO is a good investment for those of you that want to be agnostic and not be locked into a specific ecosystem. This device has really beefy specs, considering it only costs $179 USD. This make it more expensive than the Kindle Paperwhite 4, which has Audible and is waterproof and the Kobo Clara HD, which has a better front-lit display than the PRO.

The overall design of the Poke and Pro PRO is uninspiring. It looks a bit outdated compared to other modern e-readers on the market. The bottom of the beszel feels like it is too big. I feel Onyx might find it hard to compete in the six inch space on specs alone, even if it has Google Play.