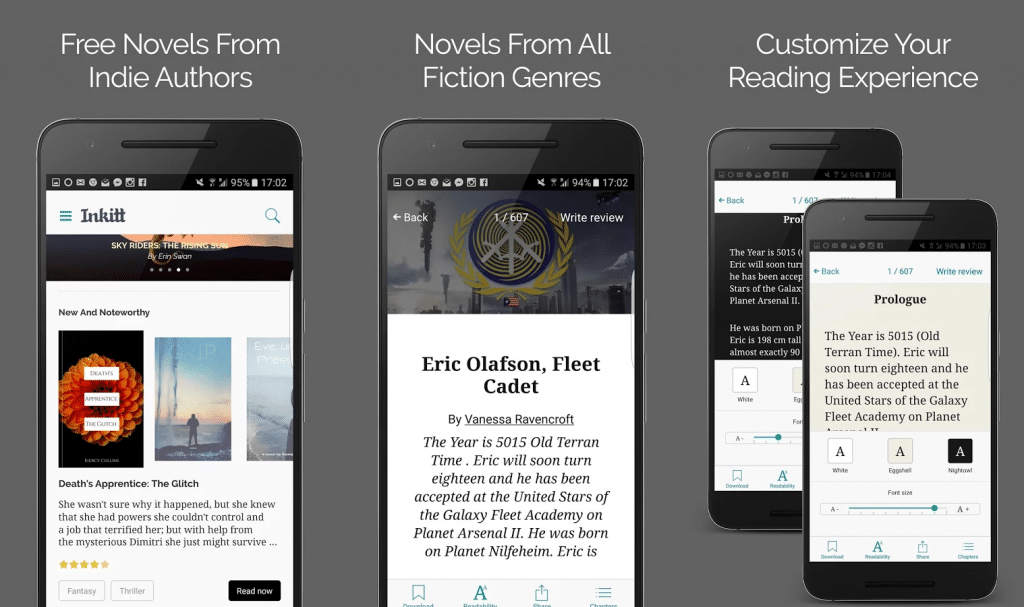 There are two e-reader apps on the Google Play Top Apps of the Year and they are both under the Hidden Gems category. Overdrive Libby is one of the apps on the list and the other is a relatively unknown; Inkitt – Free Fiction Books, Novels & Stories.

Overdrive Libby came out in 2016 and the app was designed to play audiobooks and read e-books. It can access multiple libraries at the same time and in the near future it will allow you to apply for a library card right in the app, without having to physically visit the branch.

Inkitt is a German company that uses predictive data to forecast what title has the highest chance to become a bestseller. They are based in Germany and primarily focus on indie authors. Their app has been downloaded over 700,000 times since it launched last year and almost all of the content is free.