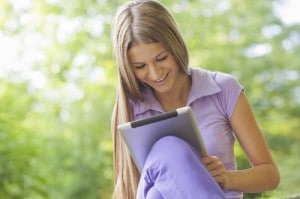 The Overdrive Media Console has just received a major update to its line of iOS and Android apps. If you love getting ebooks from your local library, this is an app you would want to install on your tablet or smartphone.

The Android version of the updated app features dynamic home-screen widgets that let users play audiobooks right from the home screen or resume reading ebooks with a single tap. It finally gives you the ability to read books in landscape mode with multiple columns of text, offers bold font choices, and debuts an in-book image viewer. You can download it from our Good e-Reader Android APP Store or get the Playbook version.