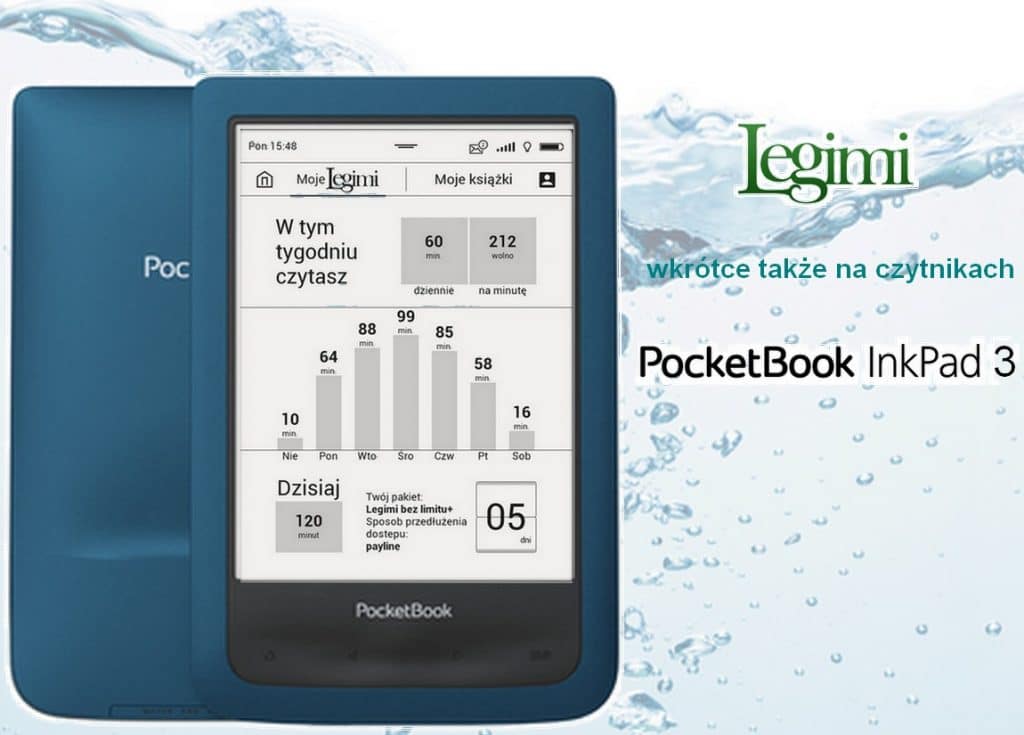 Legimi is the largest ebook subscription service in Poland and the company has ironed out an agreement with Pocketbook to include support for their entire ebook catalog for paid subscribers. The PocketBook Aqua 2 and PocketBook InkBook 3 and a few other models have received firmware updates to add compatibility with Legimi.

Legimi currently offers 20,000 Polish titles and they currently have 30,000 subscribers that spend €6 per month on their platform. In the first half of 2017, the company reported sales revenues of about $970,000 US, which represented a 90% increase compared with the same period a year earlier. Mikołaj Małaczyński who is one of the co-founders says the company is already operating in Germany, where it reproduced its services from the Polish market, offering about 100,000 titles in the subscription service and about 400,000 ebooks in its à la carte product range.

If you have an active subscription and want to add ebooks to your Pocketbook eReader there is a full tutorial and video HERE.