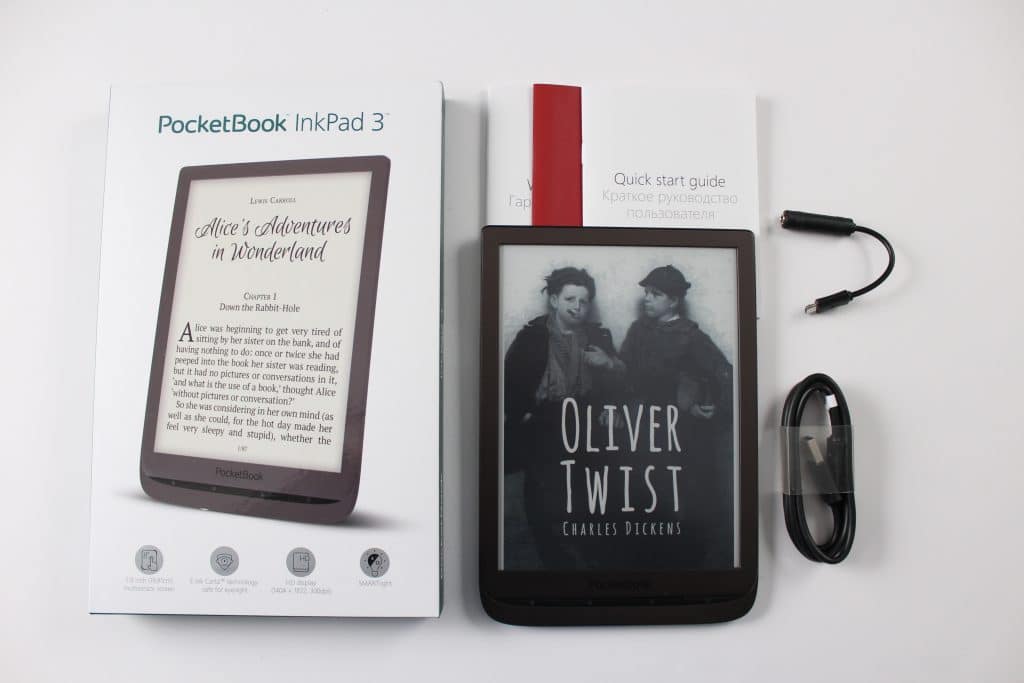 The Pocketbook Inkpad 3 is one of the best e-readers the company has ever made and the large 7.8 inch screen is really solid for ebooks. We reviewed this model earlier this year and were really impressed on the industrial design. Pocketbook has just pushed out a massive new firmware update that adds a bunch of new functionality, such as new audiobook player and revised internet browser.

Audiobook Player – A new Audio Books app has been added to the firmware. InkPad 3 users can easily collect and listen to audiobooks in the following formats: .m4a, .m4b, .ogg, and .mp3. In addition, the Audio Books app supports audio books in containers.  The Audio Books app can also operate with sets of audio book files located in the same directory.

Audio Player has been reworked – The user interface of the Audio Player application has been significantly reworked. From now on, this application can scan the filesystem of the device for music files and organize them in the media center. Audio tracks may be grouped by albums, genres, performers and folders. The playlist management system has undergone an UI upgrade and the playback speed can now be customized.  There is also an equalizer to control the low, mids and high ranges.

New Internet Browser – 1. Due to the new web engine the new Browser application provides a significantly increased browsing speed and a new user interface. The new web engine meets all modern
requirements supporting major WEB technologies such as HTML5, Java Script, CSS3 and others. From now on, web pages will be opened more quickly. There are a number of  advanced options such as zoom factor, gamma correction, download folder and some security settings, which will help user to adjust the
appearance of web pages to achieve maximum comfort of reading.  Web pages can also be saved for offline reading

e-Reading –  The fast paging mode is activated when repeatedly and quickly flipping pages via
touchscreen or hardware buttons. There are enhancements regarding hyphenation in EPUB and FB2 formatted books. Automatic scaling of illustrations depending on the screen size in FB2 formatted books. Pocketbook also also introduced various enhancements of the metadata search algorithms in the Library menu.