You are here: Home / E-Ink, Clearink, Plastic Logic and E-paper News / Qualcomm to invest over 2B on Color E-Reader Screens 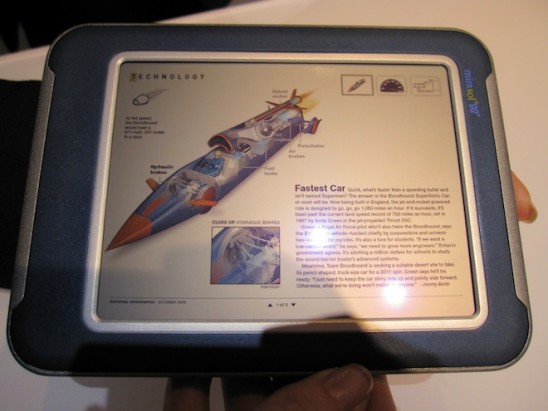 Qualcomm, best known as a computer microchip company, will be setting up a new production plant in Taiwan and will be stepping up production by 2012. In this new factory they will be specializing in the Mirasol color display technology.

Although Qualcomm already has a factory that is owned by a joint partnership between them and Foxlink in the Longtan site of Central Taiwan Science Park, the new factory will be solely owned by Qualcomm and will be built in the same area.

The Mirasol color display technology that they are developing will require lower power, which means extended battery life. Similar to e-ink, the refresh rate is also very comparable as well. They demoed a color prototype of their new display technology at the CES earlier this year.

Rumors abound that the reason for this new factory is because of their major client Amazon. Industry experts expect Amazon to work on a color version of their e-reader. Whatever it is that they are working on, they have begun shipping a 5.7 inch color e-reader to various clients for validation.