You are here: Home / Digital Library News / Random House Has Positive News for Libraries and Their eBooks 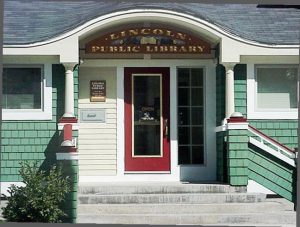 An article in Library Journal affirms what librarians have known but what publishers need to remain aware of: libraries own their ebooks, exactly in the same way that they own print books.

This affirmation came directly from one of the Big Six publishers that has been criticized for its business practices concerning ebook lending of its titles. Random House, whose price increase on digital versions of its titles for library lending, reiterated what can be great news for libraries, mainly that when a library purchases an ebook for lending to its patrons, that book is the property of the library.

That makes sense, so why would that need to be officially restated? Because not all publishers feel that way. Some have instituted practices in which an ebook can only be loaned a predetermined number of times, and then it becomes unavailable and must be repurchased, essentially artificially factoring in “wear and tear” on a computer file. Others will not even allow libraries to purchase their digital editions, with concerns over how the ebooks will be licensed to the libraries.

Random House, however, has argued that its business model says there’s no such thing as a license on an ebook. Once it’s purchased, it becomes the property of the library, just as its print counterpart always has.

According to an interview for Library Journal conducted by Michael Kelly, Random House’s Skip Dye, vice president of library and academic marketing and sales, had this to say:

“We spend a lot of time discussing this with librarians, at conferences and elsewhere, and it’s clear that there is still some confusion out there around whether libraries own their ebooks. Random House’s often repeated, and always consistent position is this: when libraries buy their RH, Inc. ebooks from authorized library wholesalers, it is our position that they own them.”

And the libraries agree. Kelly also spoke to Robert C. Maier, director of the Massachusetts Board of Library Commissioners (MBLC), who stated, “Our primary reason for wanting ownership is to assure that the content could be migrated to a different platform if necessary or desirable in the future,” he said. “Our primary motivation in this project is to solve the resource sharing challenge by being able to circulate e-content to any resident of the Commonwealth from a common collection. We welcome Random House’s clear statement that they consider their ebooks to be owned by the purchasing library.”

Digital lending from public libraries has been slow to catch up to the popularity of digital reading, primarily because publishers continue to voice concerns over licensing, piracy, and fair compensation. Hopefully, as more major library systems showcase highly successful pilot programs and more publishers adopt the attitude that an ebook really is just a book, lending will continue to grow.