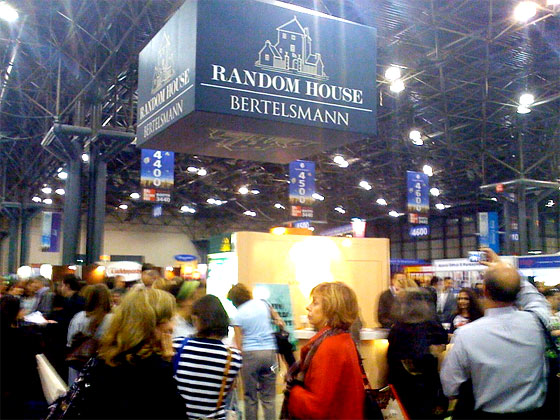 The ALA Midwinter Conference was held in Dallas, TX, only a couple of weeks ago, but some major news came out of that event for the American Library Association. Essentially, the leadership finally expressed that it was fed up with the current upheaval in public library ebook lending, with different members of the Big Six publishing houses setting their own rules—from no lending of our new titles, to a book can only be borrowed a specific number of times, to no lending of any of our titles at all—it was chaos for the libraries and disappointment for their patrons.

But a meeting between the ALA and some of those publishers was called for by ALA executive director Keith Fiels, and that meeting took place over the course of several days beginning January 31. Fiels spoke with Andrew Albanese from Publisher’s Weekly about the need for coherence on the issue of lending.

“The issue of e-books has really been boiling up over the course of the last year, and I think if you had to say there was something keeping librarians awake at night, this is the issue, and there is a range of aspects to the issue,” explained Fiels. “You have issues with a variety of different formats, technical standards. And, you have issues with just the demand at this point. I still have people approach me and ask how libraries feel about e-books, and well, libraries can’t get enough of them. Which is obviously where the big issue comes up, because you have some publishers that will not make e-books available to libraries, from a triage standpoint. This is a serious issue, and there’s been a lot of interest expressed on part of ALA members that we take a strong stance on this.”

One of the end results of these meetings is an agreement from Random House that it would support ebook lending of its catalog of titles, but that the price that libraries must pay for those books would have to increase. While that’s not welcome news for any industry trying to maintain budgets, libraries are typically charged more than consumers for library editions of many of their works. More importantly, it’s an acceptable solution when considering that the alternative is to not be able to offer ebook lending to their patrons, an initiative that libraries will have to offer if they plan to move forward into a future where so many readers are going digital.