You are here: Home / e-Reader News / ReMarkable e-Reader is going to ship on August 29th 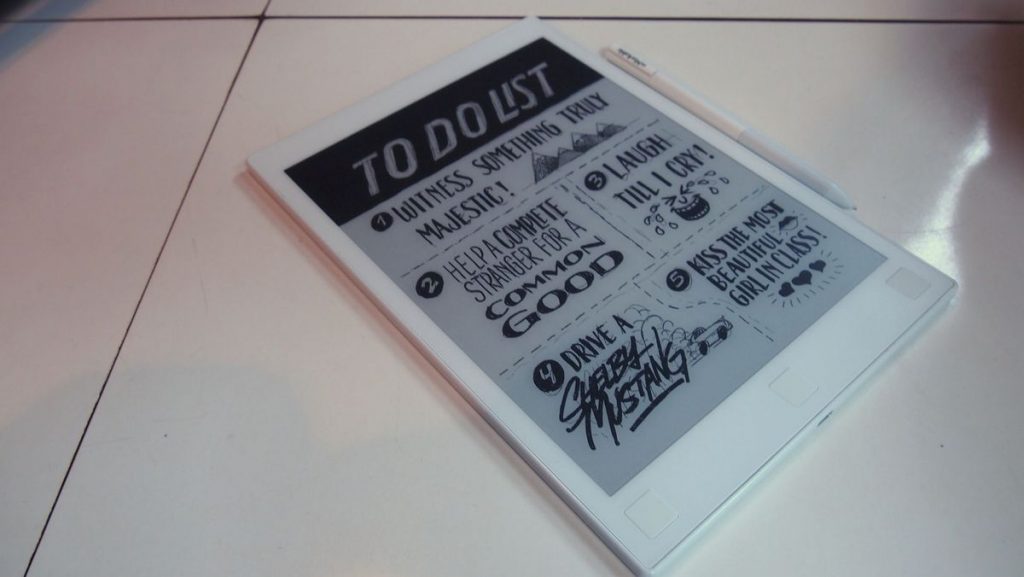 The 10.3 inch ReMarkable ereader has been in development for many years and the company has announced that they will begin shipping 11,000 units to people who pre-ordered in on August 29th.This dedicated note taking device has garnered a tremendous amount of buzz, primarily due to their high-friction pen tip that has over 2048 levels of pressure sensitivity, but it costs extra.

The reMarkable e-reader features a 10.3 inch E-Ink Carta display with a resolution of 1872×1404 and 226 DPI. The company is hyping up screen technology called CANVAS which is designed to increase the refresh speed of the e-paper display, which I think is just a glorified A2 mode.

Underneath the hood is a 1 GHZ Arm A9 processor, 8 GB internal storage and 512MB of RAM. It has wireless internet access and a 3,000mAh battery. This e-reader will read EPUB and PDF files, but will not read DRM books. So if you want to use this as an e-reader you won’t be able to read library books or books you have purchased from other online retailers.