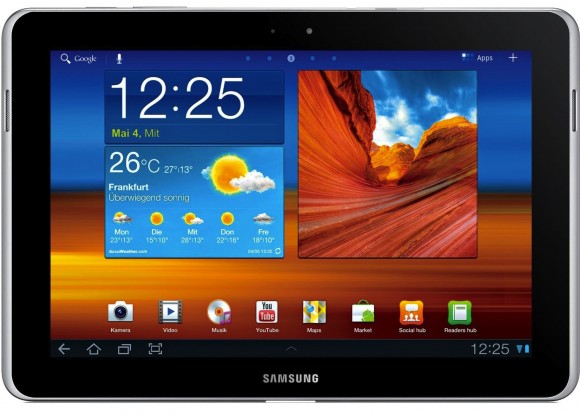 In order to bring about a distinction with the Apple iPad 2, Samsung had introduced some cosmetic changes to its Galaxy Tab 10.1 tablet and had re-named it Galaxy Tab 10.1N. The tablet has also been on sale under this new form and name in Germany, though the changes in design involved largely a plastic bezel extending over to the sides of the tablet. The present modification by Samsung has been to circumvent the earlier court ruling that prevented it from selling the Galaxy Tab 10.1 in Germany

However, Apple is still trying to stall sales of Samsung’s modified device, but have not succeeded so far. Apple’s fresh appeal to the court about the new design of the Galaxy Tab has been ruled in favor of Samsung this time round.

The German edition of the Apple vs Samsung court battle is far from over as this is just a preliminary injunction. A full ruling on the issue has been slated for 9th February, where the ruling could be in any one’s favor.