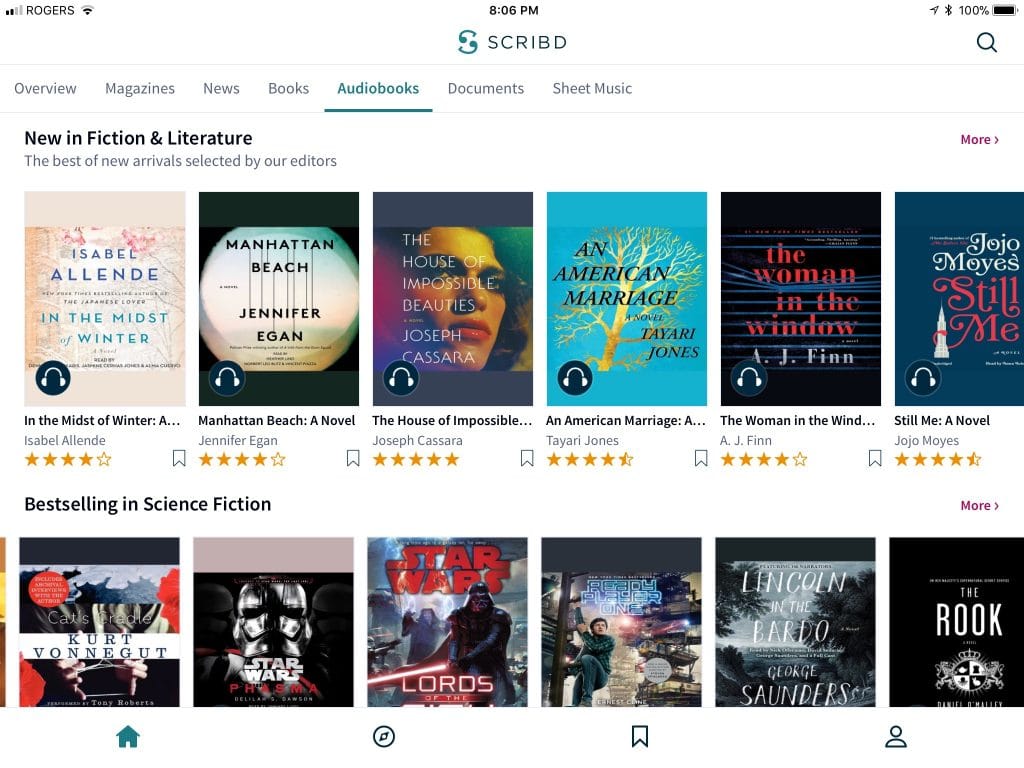 Scribd recently launched their second generation unlimited audiobooks and ebook platform a few weeks ago. They are charging $8.95 per month and you get full access to their entire catalog, which includes magazine articles, sheet music and a myriad of other content.

The new Scribd system allows people to read as many ebooks, magazine, newspapers, sheet music and audiobooks every month they remain a subscriber. Casual readers who make read a few books a month from major publishers will find the Scribd service compelling. Power readers on the other hand will find themselves throttled, and I don’t mean physically strangled. After a person has read an arbitrary number of titles they will no longer have access to the entire Scribd catalog and instead will only be able to read from a limited list. They will receive a popup message or notification letting them know they surpassed their quota. Once an account has been limited the only thing they won’t be able to read on demand are books that just came out and are considered frontlist. The throatting system will be removed from a users account at the start of their next billing cycle.

The Scribd app is super polished and easy to navigate. It is easy to jump between the audiobook library and the ebook one. The discovery process has the Scribd editors populate the content on a weekly or monthly basis. You can also customize both sections based your personal interests, so if you select Romance, you will get a ton of different bestsellers and it will also include eroita and urban fantasy.

In our review video we give you a total overview of what the iOS version brings to the table. We look at the navigation system and how the ebook/audiobook systems work.