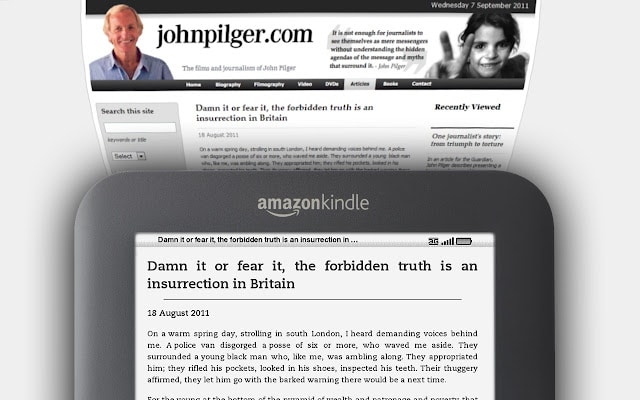 Amazon has just released its popular “Send to Kindle” function to Google Chrome. This will allow users to click on a single button and send blog posts, articles, and other written content directly to their Kindle e-Reader. “Send to Kindle” for Google Chrome makes web articles easier to read—and you can tailor it exclusively for your own tastes. This is handy to anyone that travels lots, or is out of WIFI areas, but still wants to catch up on the latest tech news.

“Send to Kindle” for Google Chrome is available to download for free at www.amazon.com/sendtokindle/chrome. Support for Mozilla Firefox and Apple Safari is coming soon.