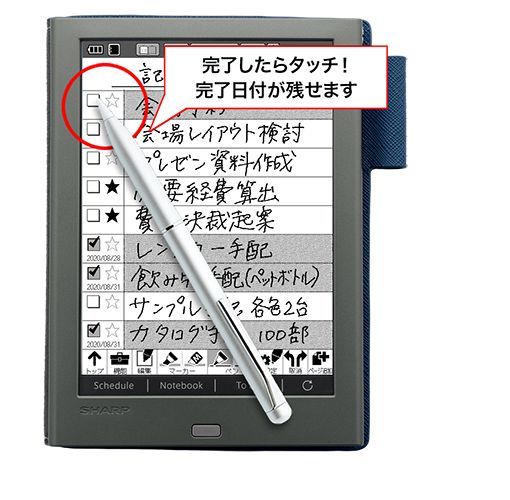 Sharp has quietly been making a name for themselves in Japan, releasing a series of e-readers over the past few years.  They have developed 2 generations of digital note taking devices and the company has just unveiled the 3rd, the Sharp WG-PN1. It features an an E Ink Pearl HD a six inch screen with a resolution of 800×600. The device gets around 10 hours of battery life and can store 7,000 pages of notes. It also has a USB-C port for charging and transferring data.

Sharp is running their own operating system on this device, so it is optimized version of Linux. It is going to come out on November 14th in Japan for $210 USD. There are no plans for an international launch, because the device is region locked for Japan and Sharp does not release English firmware builds.