You are here: Home / e-Reader News / Should Amazon Release a Waterproof Kindle? 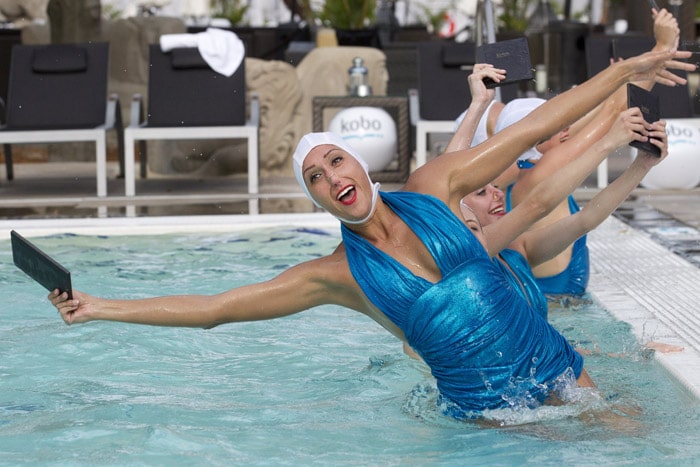 Over the course of the last two years the e-reader industry have been embracing waterproof e-readers. Barnes and Noble, Kobo, Pocketbook, Tolino and a myriad of other companies have engaged in marketing campaigns where users can read e-books anywhere. There is something compelling about not worrying about dumping coffee on your e-reader and ruining it or reading your favorite new book in the bathtub. Amazon is the only mainstream company that has not issued a waterproof Kindle, are they missing the boat?

The first waterproof e-reader was issued by Kobo in 2014 and it was called the H20. It was waterproof and dustproof and during the promotional launch Kobo hired a synchronized swimming team to demonstrate it could be used in the water. The success of the H20 prompted Tolino to issue the Vision 2 in Germany, Pocketbook released the Aqua in Europe and Barnes and Noble released the Nook Glowlight Plus in the United States.

Amazon has never developed a waterproof Kindle and this has created a void in the marketplace where 3rd party resellers are making serious cash. WaterFI has created an aftermarket solution for the Kindle Paperwhite where they waterproof the e-reader internally and sell it them directly to the customer. Other companies are selling waterproof Kindle cases.

The only thing holding Amazon back from issuing a waterproof Kindle is allocating the task to their secretive research and development division, Lab126.

I think Amazon should release a waterproof Kindle, it would give people a reason to upgrade their older devices to the latest and greatest. It would also provide a reason for people who have older waterproof e-readers to switch to the Kindle.