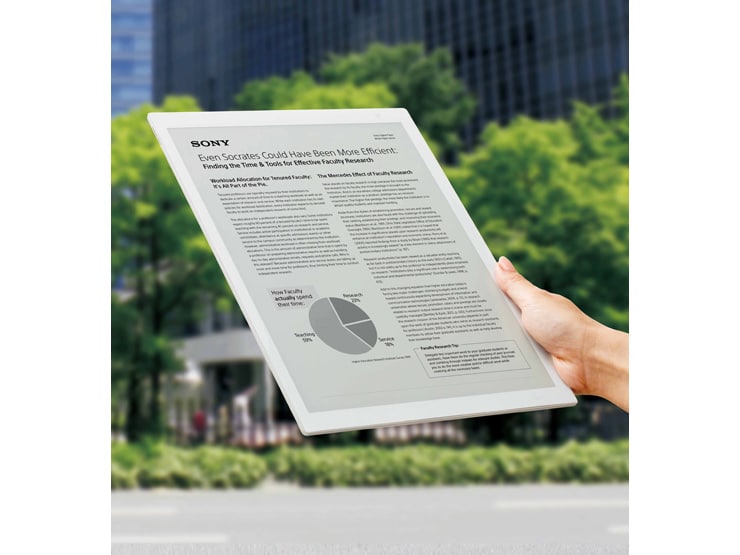 Sony Japan has just announced the DPT-RP1 13.3 inch e-reader. This is the followup to the successful DPT-S1 that has been on the market for the past three years. It is due to hit the market on June 5th in Japan for $720.00. 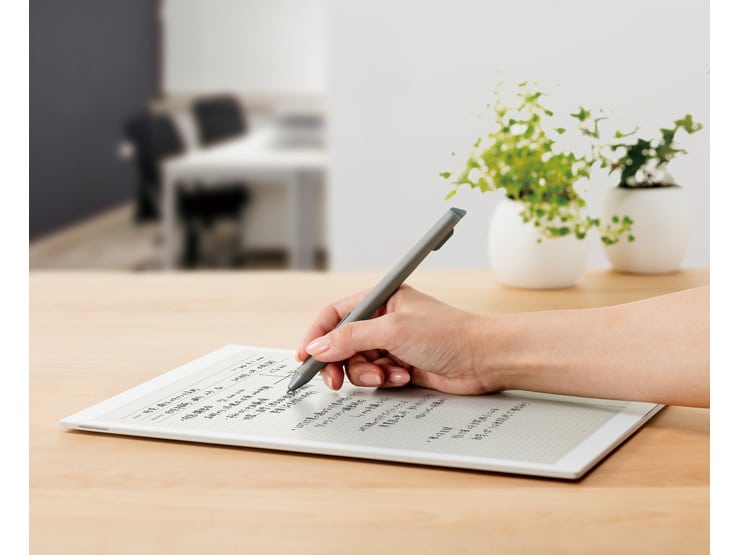 You will be able to connect up to the internet and store your files in the cloud and users are going to be excited that the DPT-RP1 has Bluetooth 4.2, so you can hook up a series of unannounced accessories. This device also has NFC, which means you can unlock it with a new smartphone app Sony is releasing or a by holding the FeliCa card over the digital paper.

Sony developed a new Digital Paper App for desktop to make it easier to convert websites and documents to PDF form and send them wirelessly to the DPT-RP1.

I am excited about this new 13.3 inch e-reader and the DPT-RP1 surpasses the DPT-S1 in a few different ways. The overall resolution has been increased from 1200 x 1600 to 1650 x 2200, boosting the PPI from 150 ppi to 207 ppi. The new model is also slightly thinner and lighter (12.7 ounces versus 12.3 ounces), and it also has twice the storage, Bluetooth, and NFC. This device also has a new split screen view, so you can read and write at the same time. You can also compare documents, refer to different pages, or writing notes while reading documents.