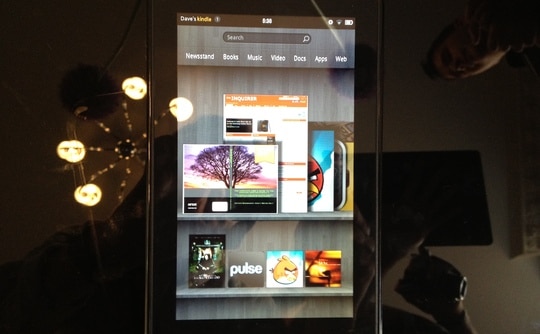 Within the next month, Amazon should release its newest iteration of the Kindle Fire Tablet. British retailers Currys and PC World announced today that the new tablet will be heading over to the UK. Retail chain Dixon’s also confirmed that it will be selling the tablet at some point this year, but would not give a specific date. UK newspaper the Inquirer mentioned that “the Kindle Fire will go on sale around October, in time for Christmas.”

I think it’s great news that Amazon is not going to exclusively focus on the USA market and is broadening its approach for table dominance across the pond. Obviously Amazon does not make much on the hardware and relies on Prime and an expensive ecosystem to sell digital content. It would make sense to appeal to a market that has a knack for buying stuff online from Amazon.