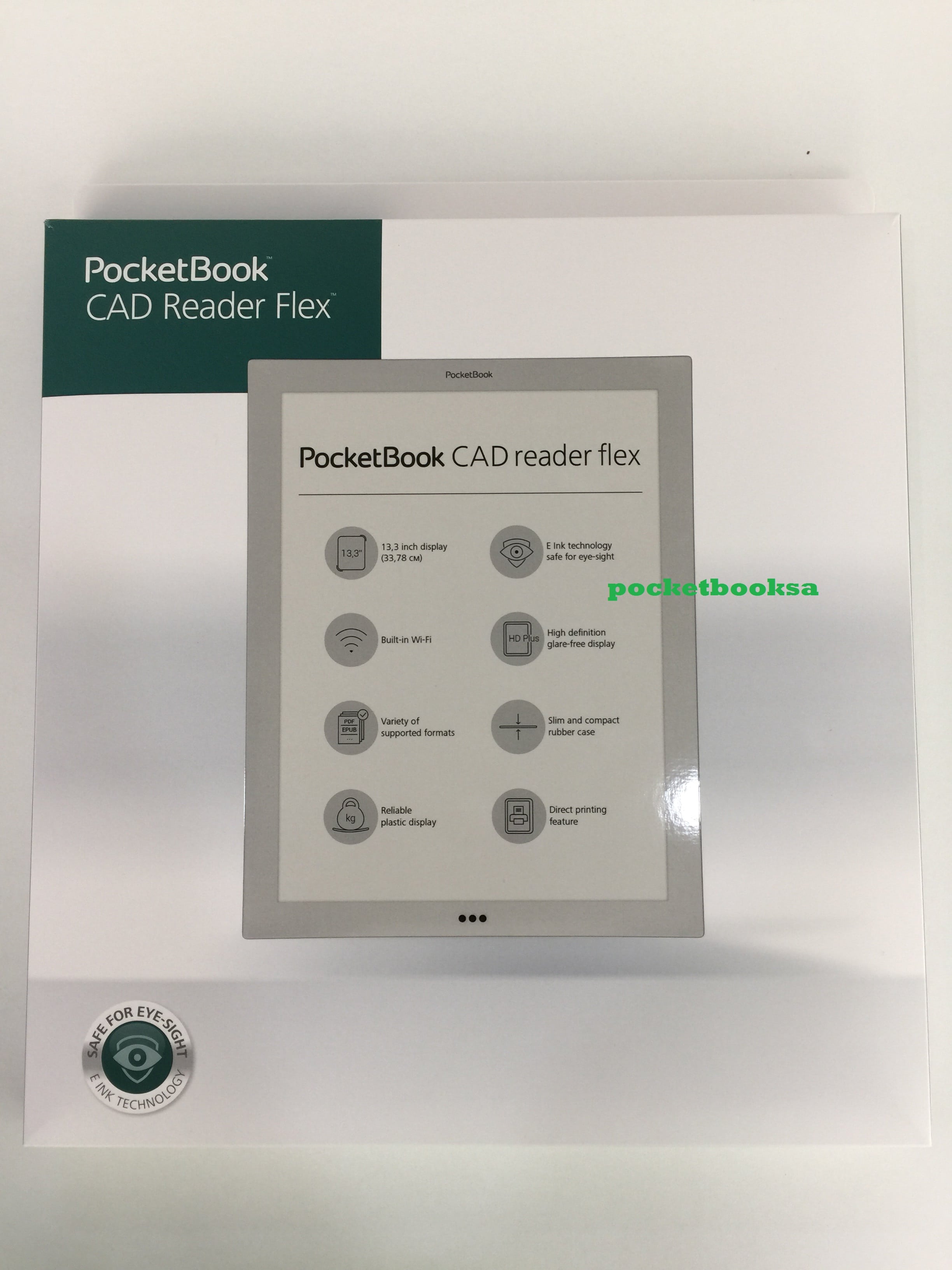 The Pocketbook CAD has been in limbo since it initially debuted at CES 2014. There has been no concrete information on when this product will be formally released, but it might be soon. I have spotted a listing for this e-reader on Taobao, which shows the retail packaging and what comes inside the box.

When the Pocketbook CAD was first shown to the world in 2014  the device was using E-Ink Fina. This is basically super lightweight glass and is easy to hold with one hand. The device was designed for construction business, designed to work on construction sites with dump & moisture proof body 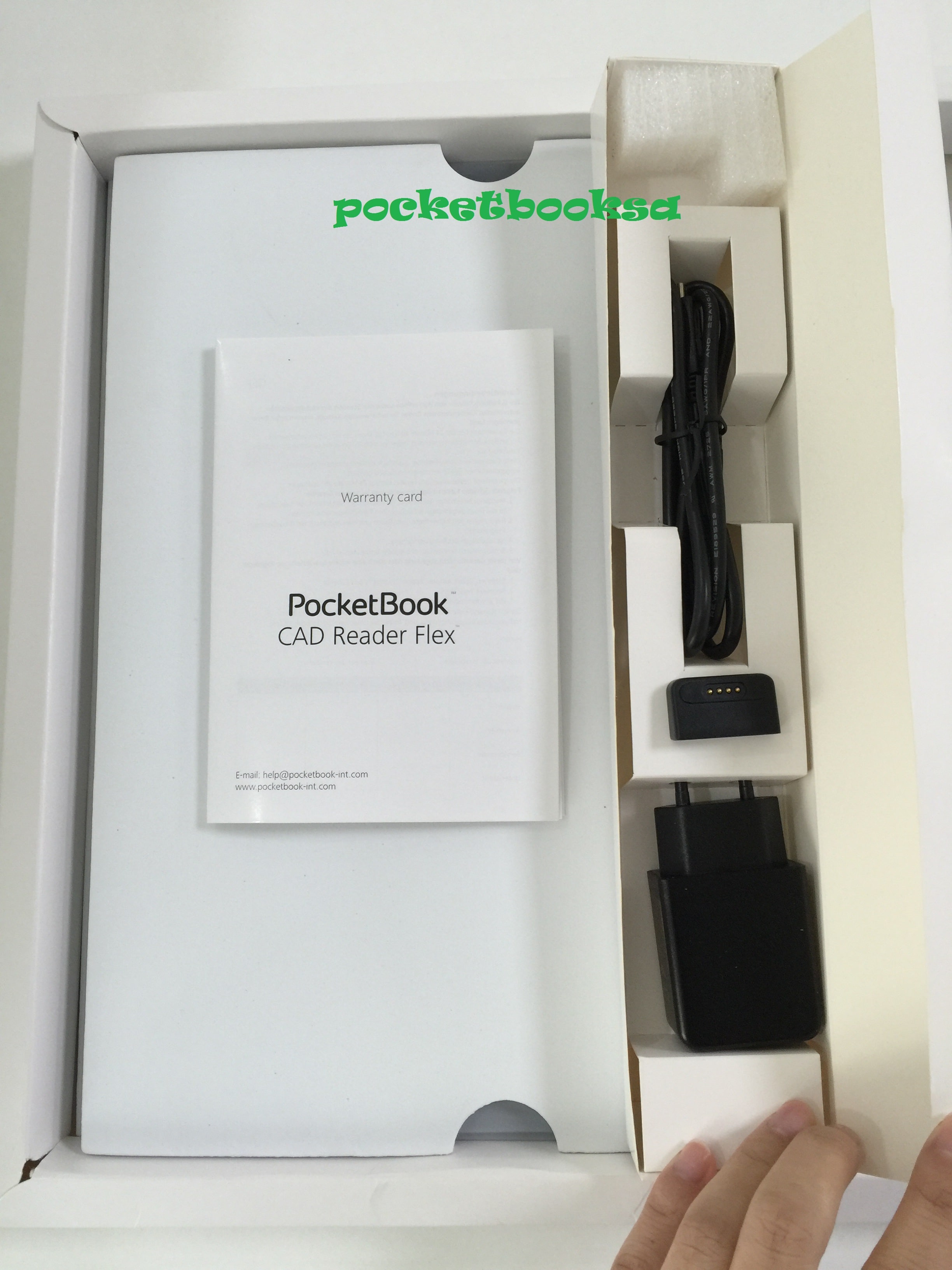 In December 2014 Pocketbook announced that they had developed a second e-reader called the Pocketbook CAD Flex. This model upgraded from a glass based Fina e-paper screen to a 13.3 inch Mobius panel.  This is the exact same screen that the popular Sony Digital Paper employs. The processor was increased to a 1.5 GHz dual-core CPU, but the RAM was decreased to 512 MB and internal storage lowered to 8 GB.

The product listing on Taobao does not make reference to Fina or Mobius, so it is up in the air what product they are displaying. Still, this is closest we have ever come to this e-reader becoming a commercial reality.