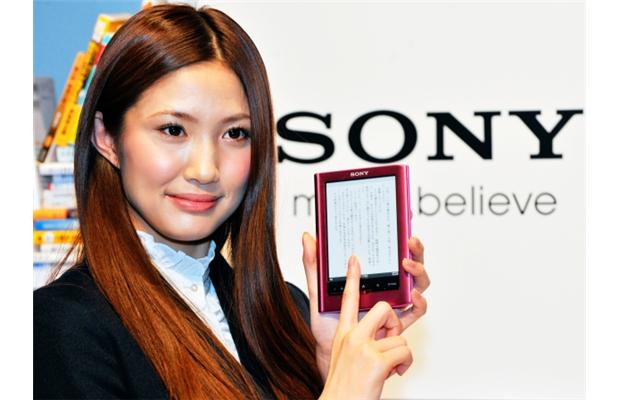 Japan is often a very fickle market when it comes to technology. It is often homegrown companies that enjoy the greatest market share and innovation in certain segments tends to be swept under the carpet. e-Readers have seen a strong push in the United States since 2008, when Amazon, Sony, and other companies began to gain traction and e-readers became a bit more than just a fringe device. Today we are going to look at the history of e-readers and ebooks in Japan and the companies that have the largest presence.

Sony, Panasonic, and Toshiba have been offering dedicated reading devices in Japan since 2006. The market did not really respond to the devices at the time because many publishers did not push digital content. There was no established ebook format at the time that was the default standard, creating fragmentation in the industry. Sony was using its proprietary LRF format, which is barely documented. It featured the combination of text and images but did not have a viable encryption format, which meant most books ended up being pirated. The reader it had at the time was the PRS-500 model, but lack of sales and reliable content proved to be its undoing. The company pulled completely out of Japan in 2007 to focus on USA and European sales. It was not until 2009 when it brought the PRS-650 model back to Japan did Sony capture mainstream attention. It even diverted shipments earmarked for North America, which caused a worldwide shortage.

While Sony experienced a tumultuous existence in its formative years in Japan, Toshiba and Sharp enjoyed more success because they offered an online bookstore to tap their devices into. Toshiba had moderate success with the Biblio in 2009 and then followed it up in 2010 with a solar powered Biblio Leaf. Toshiba continues to release more affordable e-readers and uses wireless internet access to purchase ebooks. This feature was lacking with all of Sony’s products, making it hard to buy content.

Sharp was releasing lower quality tablets but did not see market success until it released the Galapagos line of devices in 2010. At the same time it also debuted its ebook store, where it mainly featured 30,000 magazines, newspapers, and manga. Publishers responded more to these devices because it was reading a derivative of XML called XMDF.

One of the main problems in Japan until 2012 was a lack of a flexible universal ebook standard that publishers could integrate into their pipelines. One of the primarily reasons that the ebook market was so fragmented was because there wasn’t adequate encryption to prevent piracy. Also, most ebook standards did not support manga, the nations most popular type of book. You had proprietary formats like LRF, and mainstream ones like PDF, but did not provide enough flexibility for the end-users.

In 2012, we saw two of the largest ebook and e-reader companies in the world make their first foray into Japan. The evolution of digital publishing in the last few years due to Sharp, Toshiba, and Sony made the in-roads much easier. Publishers were closely paying attention to the steady increase to the industry in the UK, USA, and Canada. It also helped with the widespread distribution of a new ebook format, called EPUB 3, which allowed the rendering of complex Japanese characters. This allowed customers the ability to change the size of the text and even the fonts.  Many of the latest devices both these companies are offering features a touchscreen, which allows for the prompt pinching and zooming to isolate particular frames.

On November 8th 2010, Kobo was purchased by Japanese e-Commerce giant Rakuten. This provided the company with close to $315 million dollars. This deal was a savvy move for both parties. It provided Kobo with an influx of capital to pay off its old shareholders and allowed them an avenue for international expansion into Asia. In July 2012, Kobo brought the Touch e-Reader and bookstore to Japan, to a huge amount of fanfare. It marked the first time in Japan that a large established player came into their market with the entire package. Over 100,000 readers were sold by August and over 35,000 ebooks are currently available.

Mighty online juggernaut Amazon entered the Japanese market on October 25th 2012. It brought the latest Kindle e-readers and tablets. 50,000 Japanese-language titles came with the launch and are usable either on your Kindle, iPad, or Android devices.

Not only have Kobo and Amazon both entered the market recently, but other digital distributors are doing quite well. Google opened its bookstore back in September and revised its book reader for Japanese characters. John Wiley is also doing well and has been offering ebooks for the last few years.

The Japanese ebook market is finally growing up and is something that all major publishers are now engaged in. The catalyst to get it all going was e-readers, but the industry is shifting to multi-platform devices. In the past you needed a dedicated reader to read all the books you purchased or loaded in the device yourself. It wasn’t until more companies started offering their apps on iOS and Android did sales really pick up. Instead of being limited to a specific device, all books are stored in the cloud and accessible on a myriad of tablets, readers, and computers.