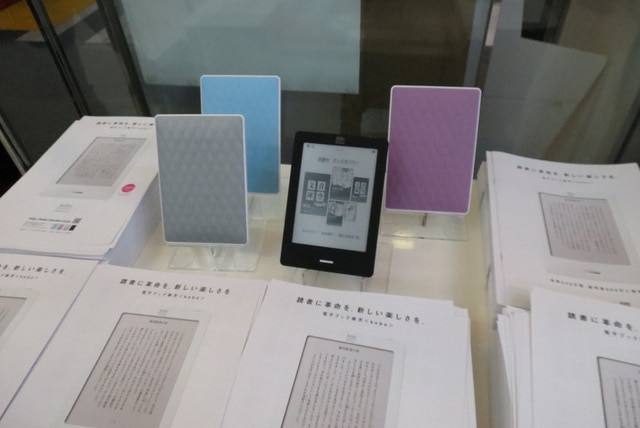 The Kobo Touch may have been on the market for over a year already, but that hasn’t stopped Kobo’s quest for international expansion. Kobo and Rakuten will be releasing the e-readers in Japan on July 19th. The big draw about this launch is the new firmware baked into the device, which utilizes ePub 3. This will allow for complex characters and symbols. Today at the Bunkyo-do bookstore, representatives from Kobo and Rakuten were showing off some of the new features.

A blogger live on the scene at the bookstore in Japan had the following to report: “I haven’t seen the Kobo Touch in the US, but I assume it’s pretty similar: nice touch screen, customary padded back, Twitter and FB sharing, ability to select, highlight, and annotate, and in this version, look up words in a Japanese dictionary (although only in the flowing examples, not the manga, which still has static text). Most important: excellent support for vertical Japanese text.”

Earlier this week Kobo had announced that all of its Japanese ebooks will be in EPUB 3 format. This will give people the ability to buy graphic novels, magazines, newspapers, and ebooks with the device displaying all the characters correctly.