You are here: Home / e-Reader News / The new Icarus Illumina is now available 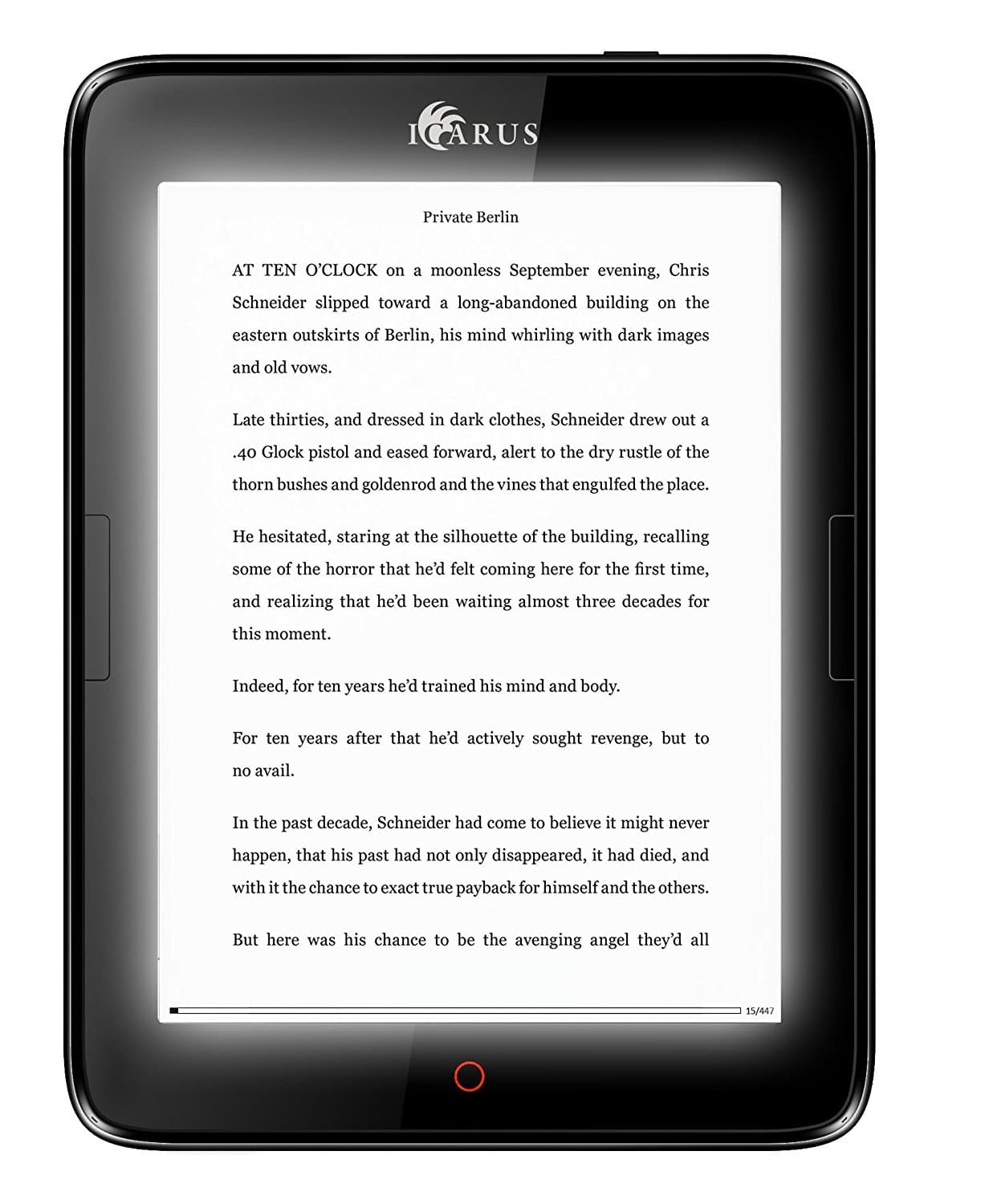 The Icarus Illumina E654BK e-reader has Android and Google Play as the key selling points. This device was announced about a month ago and is now available to purchase on Amazon for $119.

This new e-reader is fairly solid because the screen is completely flush with the bezel, so it should appeal to users who do not like IR. The Icarus Illumina E654BK features a six inch capacitive touchscreen display with a resolution of 1024 x 768 and unfortunately it doesn’t have a 300 PPI screen. Underneath the hood is a  1GHz dual-core processor, 512 MB of RAM, 8 GB of internal memory and a microSD card slot.

This e-Reader is powered by Android 4.2.2 and has Google Play built into it. This will allow you to download all of your favorite apps directly to your unit.