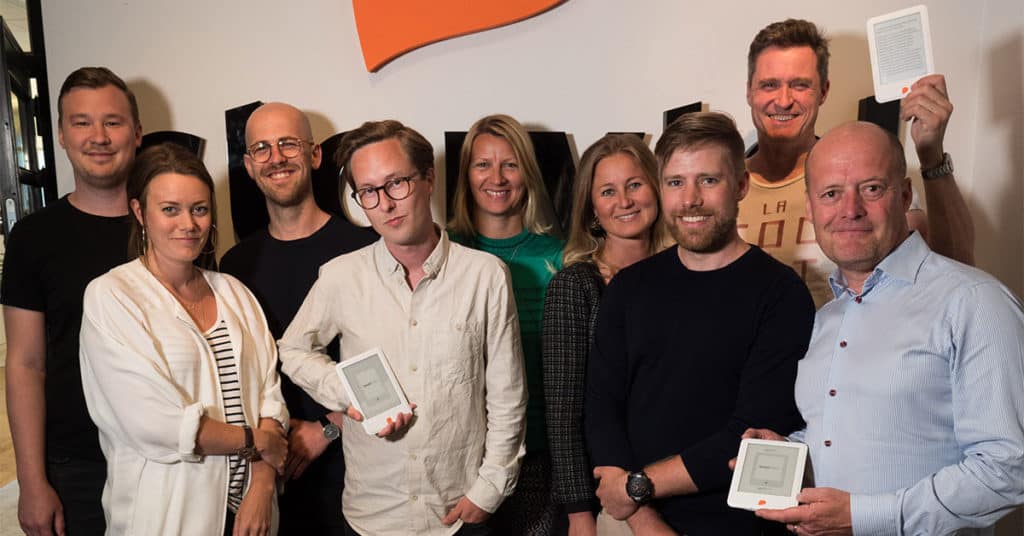 Storytel is an online subscription service for audiobooks and ebooks. They launched in 2005 and have 520,000 subscribers. Over the years people have listened to over 27 million hours of audio content and the company is starting to really take off – they are now available in 12 different countries.  Earlier in the year the company told me that they were developing an e-reader that was only compatible with their subscription service. It is now available to purchase in Sweden, Denmark and Finland.

The Storytel Reader features a six inch E Ink Carta display and resolution of 1024×768. It has a touchscreen and page turn keys. It is powered by an IMX6 single core 1GHZ processor and has 8GB of internal memory and 512MB of RAM. You will be able to read at night via the front-lit display. It does not have Bluetooth for wireless headphones, but does have a 3.5mm headphone jack for audiobooks. You will get around a months worth of battery life.

I think it’s interesting that Stoytel has developed an e-reader that is only compatible with their online subscription service. It is a bold move, but they are advertising the hell out of it in their home city of Stockholm. Will Amazon release a low cost e-reader just compatible with Kindle Unlimited or will Scribd be prompted to release their own as well?

Storytel has sent us their e-reader and we will be conducting an unboxing video, review video and a comprehensive written review. In the meantime, you can download the Storytel App for iOS and Android and see what the fuss is all about.