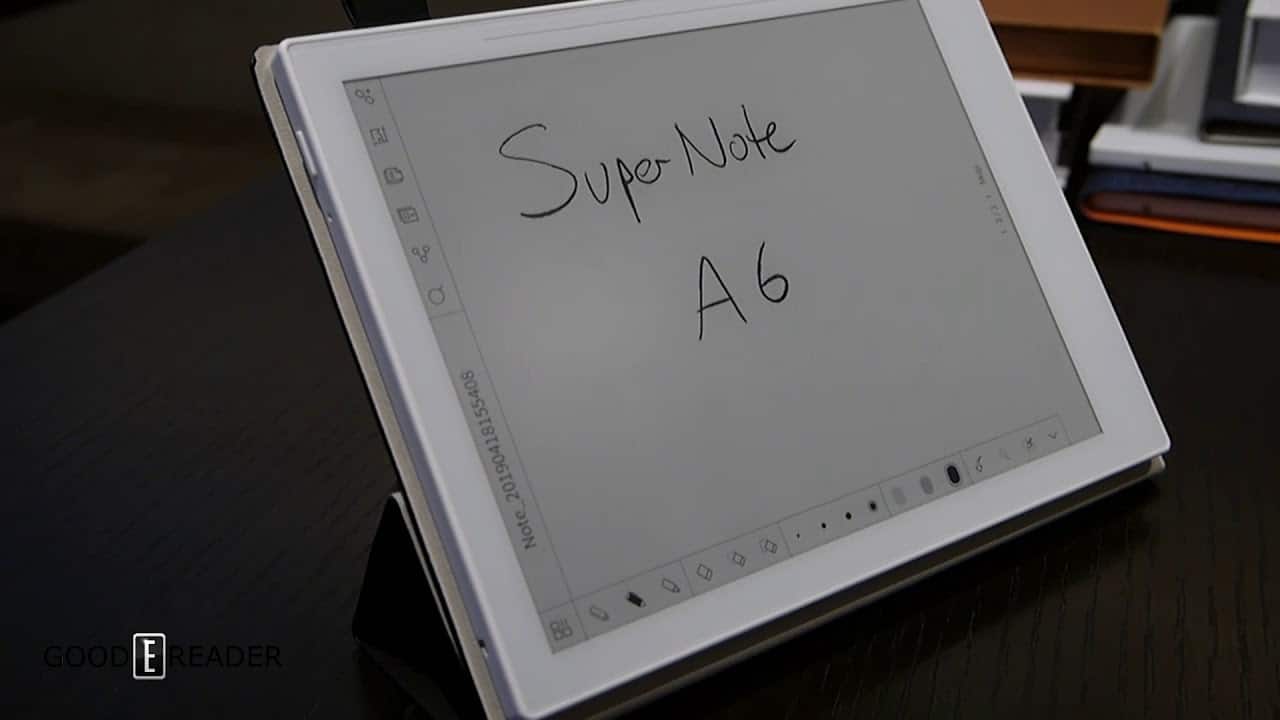 The SuperNote A6 is the latest device from Ratta and it has a 7.8 inch E Ink screen that has a WACOM layer for making digital notes, freehand drawing or just editing PDF files. It has a respectable e-reading experience and supports most of the major formats. The A6 just started shipping out today and Good e-Reader has an unboxing video to give you a sense of the retail packaging, everything that comes inside the box and our first impression on the industrial design.

The SuperNote A6 features a 7.8 inch screen and is using E Ink Carta HD and Mobius. The overall resolution is 300 PPI and underneath the hood is a IM6 Solo Lite single core processor, 1GB of RAM and 32GB of internal storage.

One of the things that seperates the A6 from the competition is the stylus. The Supernote A6 uses metal and a little bit of plastic in their ballpoint pens. You can click down on the top of the stylus and the nib retracts, this is really useful if you are traveling and don’t want then nib to scratch anything that is in your case, purse, messenger bag or whatever you use to transport your device. The pen is 0.7mm and wear-resistant and the nibs are not replaceable. SuperNote also just released their Heart of Metal series which takes their stylus to a totally new level. Both styli have 4,096 degrees of pressure sensitivity.

You can purchase the SuperNote A6 from the Good e-Reader Store for $399.