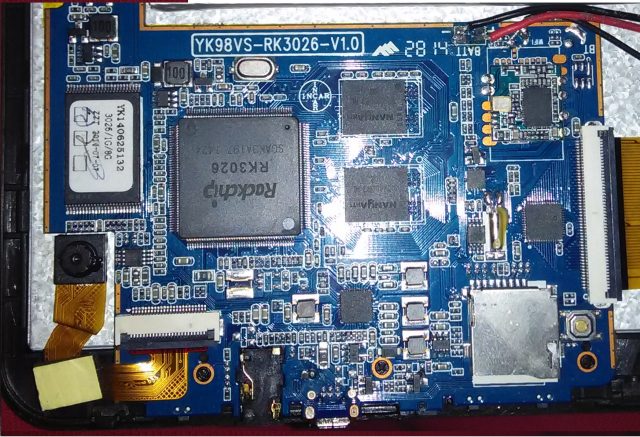 One of the big trends in the past four years has been companies developing E Ink e-readers that use Google Android. This OS provides users with the flexibility to sideload in their own apps or download them via an accompanied app market such as Google Play. There are two major challenges for app developers that want to make a customized e-reading app that has support for an E Ink screen – the OS version number and the processor.

There is no unified standard of Android on an e-reader. The vast majority of them on the market are running 4.04 and the new Inkbook product line is running 4.2.2. Onyx Boox Note and Boyue Likebook Mars are running Android 6.0, which adds compatibility for modern apps that need a higher version.

The biggest challenge for developing apps or adding support for Android is the CPU processor. The most popular processor is the Freescale IMX.6 Solo Lite that is available on the Barnes and Noble Nook Glowlight 4 and the Tolino. Freescale used to provide SDK support for E Ink devices back in 2013, but discontinued offering it.

All of these processors do not publicly make available their SDK or kernel source to the general public. This prevents independent developers from creating their own apps or adding in support for existing apps such as KOREADER. The companies that design and manufacture the hardware such as Onyx or Boyue do not disclose or make available their own API or SDK, which further hampers 3rd party development.

The companies who make their own hardware and do not use a Freescale processor are a developers best bet for native app development. If Boyue or Onyx were to release an SDK and API it would also include compatibility with their software based Waveform Controller.  These two companies use the A2 system and would allow people to augment existing app or create new ones that could have full control over establishing a specific page turn refresh rate and help eliminate the ghosting problem. Ghosting occurs when the text from the previous page, superimposes itself on the next one.

There are a select number of people are continue to hack specific chipsets, adding in new features, but without the official kernel source, so many features are not working like the front-lit display or automatic firmware updates. You also need to know your way around the Android Debug Bridge and launching custom commands. There is also a warranty issue with doing this sort of thing and it is not designed for your average user.

In a perfect world, let’s say that a company were to release an SDK and API for developers to make custom apps. The next problem is going to be distribution and app promotion. Onyx is currently working on a fix that will bring Google Play access to all of their e-readers, but Boyue does not have an accompanied app store on their Mars device and encourages users to sideload them. How would a developer even go about promoting their app for a specific e-reader or a series of e-readers that use the same version of Android and the same processor? Thousands of Android apps are released every day and are lost in the shuffle. How would users even know your app existed?

Android e-readers are a double edged sword. The OS gives users a tremendous amount of flexibility for users to install their own keyboards, launchers or a myriad of apps. None of these apps have E Ink compatibility for all of the reasons outlined in this article. There is nothing but barriers preventing active development and even if they were to be lifted, promotion would play a huge part.

Native Android development simply cannot occur on E Ink based screens. The only thing that developers could hope to achieve is to make something with no animations or transitions between menus or the GUI.

ClearInk might be a viable alternative to E Ink in the ensuing years, but the company has not disclosed if they will make their waveform controllers or APIS available for development.

I have found that the only apps that work great on an Android e-reader are Lite apps that are made by Google or other companies such as Amazon, Instagram or Spotify. Lite apps were initially created for the Indian market where low-end smartphones are the norm and 2G connections reign supreme. These apps are stripped down versions and have been tested on many different e-readers and work great.